Tesla visited Abbey Road Studios in London, England back in June 2019 for a one-night musical event and they recorded the night, playing “Love Song”, “What You Give”, classic covers of “Signs” and “We Can Work It Out” and more!

They also played their new songs “California Love Song”, “Tied To The Tracks” and “Forever Loving You” (from their latest album “Shock”).

You’ll be able to grab “Five Man London Jam” as of March 27 on Blu-ray, 2LP vinyl, CD and digital via Ume. 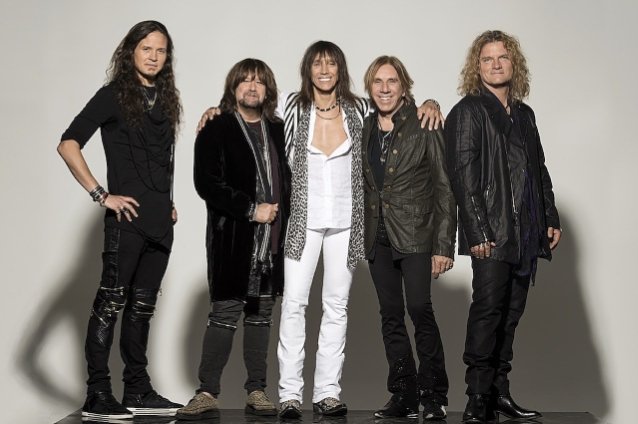 Tesla’s original “Five Man Acoustical Jam” came out in 1990 and has sold over 1 million copies! Jeff talks about the original jam recordings, “It was just like an accident waiting to happen, and it was a great accident. Not an accident, but… We had been on tour with Motley Crue, and we had to jam an acoustical set that we did for, I think, the Bammies, the Bay Area Music Awards. So we decided, ‘Hey, instead of sitting on two nights off in a row, we’ll just find a club that’ll let us come in and play our songs acoustically and have fun with it,’ and that’s what we did. And it was feeling so good, the decision was made with Geffen Records, ‘Let’s just record the whole night.’ And we went to a radio station — me, Frank [Hannon] and Tommy [Skeoch] — and we played ‘Signs’ and the phones were ringing off the hook. I think it’s our biggest-selling record to date. But it was all just having fun.”

Do you think this ‘new’ five man jam will be as well received and sell as well as their original recording from 1990?