System Of A Down touring with At The Drive In, Incubus and more

If you follow System Of A Down on Twitter, you’ve seen some cryptic posts as of late – a countdown to an announcement… System have US tour dates planned with At The Drive In, Incubus, Clutch & more! The dates are below. 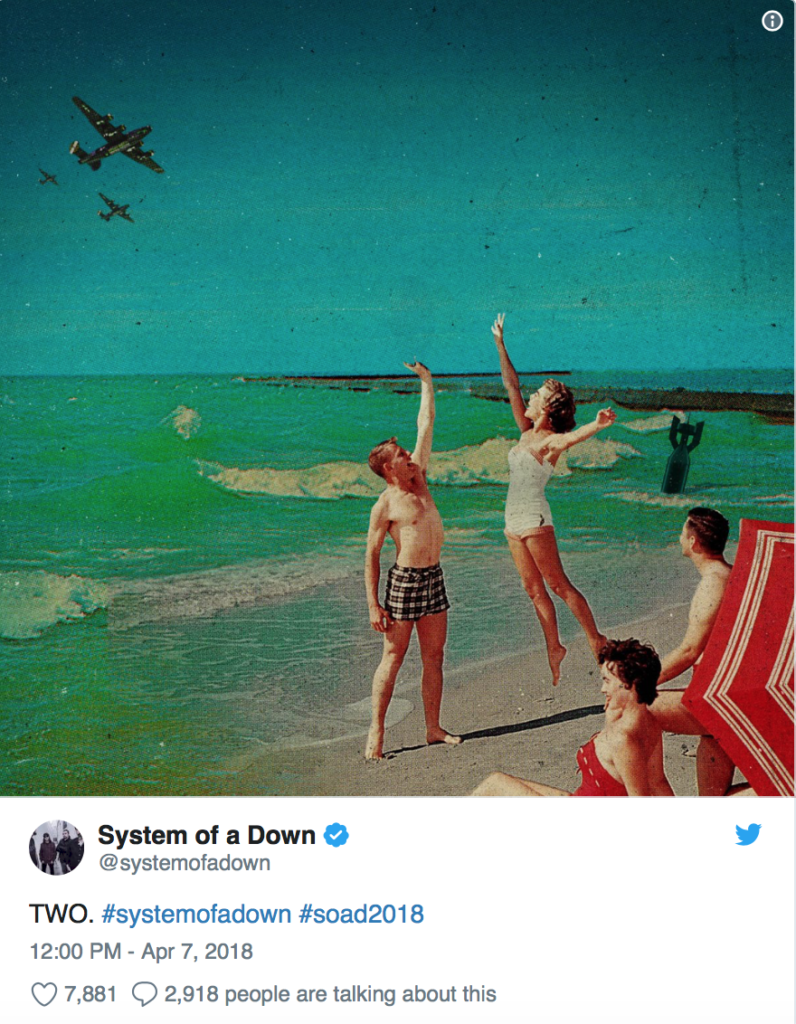 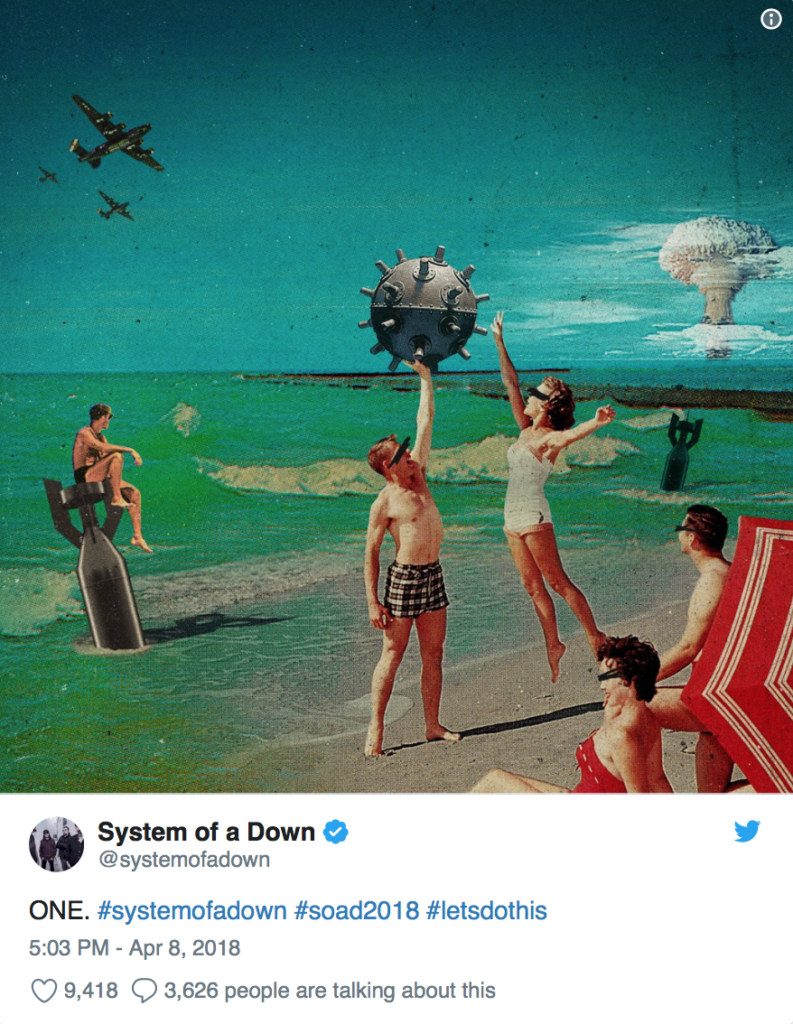 With the announcement of the below dates – do this mean fans can expect a new album to coincide?

Remember back in July 2017 – singer Serj Tankian said he wasn’t optimistic about a new album (they haven’t released a full-length since 2005) being released any time soon, “We’ve discussed it and we’ve played each other songs, but we still haven’t come eye-to-eye on how things should be done for us to be able to move forward with it. And that’s where it’s been.” 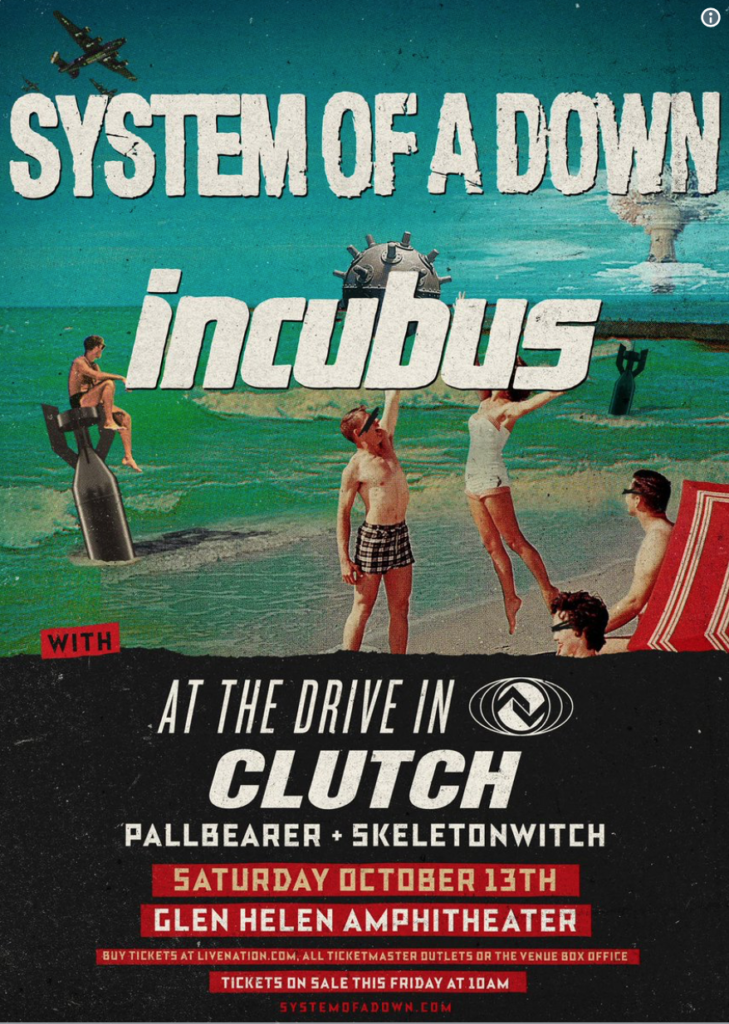 Regardless, a new SOAD album or not, how about these shows?! At The Drive In AND Clutch opening?! Sat. October 13th San Bernardino, California. Could be show of the year.