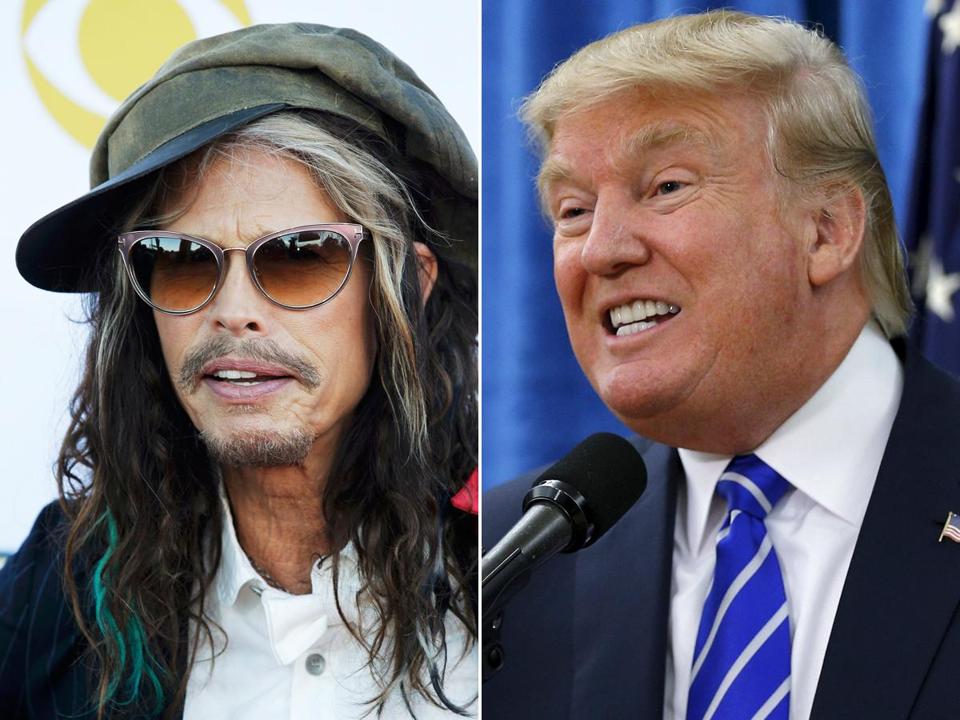 On August 21st, Trumped used Aerosmith’s 1993 single ‘Livin’ On The Edge’ at a rally at the Charleston Civic Center in West Virginia.

Variety reports, the letter red, “It has come to our attention that President Donald J. Trump and/or The Trump Organisation (collectively, “Mr. Trump”) have been using our client’s song ‘Livin’ On The Edge’ in connection with political rally events (“the Rallies”), including at an event held yesterday at the Charleston Civic Center in Charleston, West Virginia on August 21, 2018. As expressly outlined in the Previous Letters, Mr. Trump does not have our client’s permission to use any of our client’s music, including ‘Livin’ On The Edge’. What makes this violation even more egregious is that Mr. Trump’s use of our client’s music was previously shut down, not once, but two times, during his campaign for presidency in 2015. Please see the Previous Letters sent on behalf of our client attached here as Exhibit A. Due to your receipt of the Previous Letters, such conduct is clearly willful, subjecting Mr. Trump to the maximum penalty under the law. As we have made clear numerous times, Mr. Trump is creating the false impression that our client has given his consent for the use of his music, and even that he endorses the presidency of Mr. Trump. By using “Livin’ On The Edge” without our client’s permission, Mr. Trump is falsely implying that our client, once again, endorses his campaign and/or his presidency, as evidenced by actual confusion seen from the reactions of our client’s fans all over social media.”

LaPolt had to send Trump a cease-and-desist back in 2015 when Trump was using ‘Dream On’ at events during his presidential campaign.

It’s not just Aerosmith. The Rolling Stones, Adele & Neil Young have all asked Trump to stop using their music.

Which band/song should be Trump’s official song?