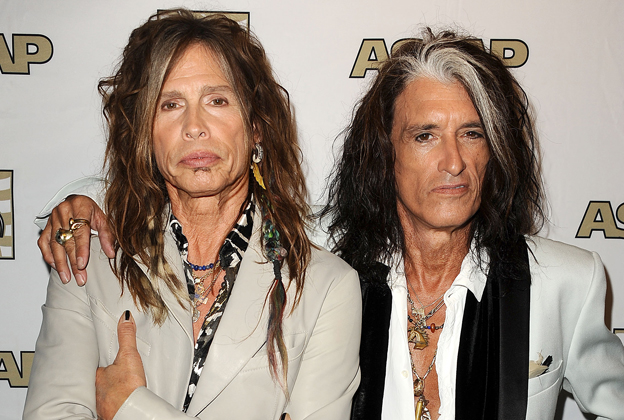 In May 2015, Tyler released his first country single, “Love Is Your Name”, which reached No. 1 on the Billboard Country Streaming Songs chart. He followed it up with “Red White & You”, which came out in January.

Joe Perry did an interview with USA Today last month and said: “Hey, if I didn’t know him when I heard the song I’d go, ‘It’s okay, next.’ I’m not going to say anything else about that.”

He added: “Steven is in Nashville doing whatever he’s doing. He’s got a [bleeping] rhinestone cowboy hat going ‘Yippee ki yay.’ I don’t know what else to say about that.” 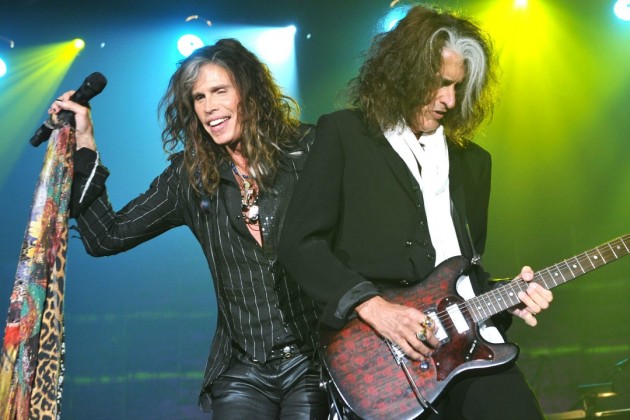 TMZ recently shoved a camera in Tyler’s face at the LA airport — and Tyler told the cameraman, “[That’s] how they are. That’s why I’m doing a country record. It’s all right. You know what? Jealousy runs deep in this family.”

Tyler’s full-length country debut is tentatively due later in the year.

Steven Tyler’s country album will feature songs that he has written and recorded in Nashville with writers like Paslay, Hillary Lindsey, Cary Barlowe and The Cadillac Three’s Jaren Johnston.

Aerosmith guitarist Brad Whitford said last year that he was less than thrilled with Tyler’s plans to devote most of 2016 to his country-tinged debut solo album. He said: “I guess he seems to think his solo career is going to go great guns and he doesn’t seem to realize — in my opinion — that his fans around the globe want to see him in the context of Aerosmith and don’t really care for whatever he thinks he’s going to do. I don’t know if he gets that, but, hey — that’s what he wants to do. I can’t put a gun to his head.”

Valid point. Do you care about Tyler’s country album? Can’t wait to hear it?