The wait is almost over. Steel Panther plan to release their fifth studio album, “Heavy Metal Rules”, on September 27! In their press release, it’s been described as a “heavy metal version of a self-help manual and ultimate party album combined”. You had me at Heavy Metal. 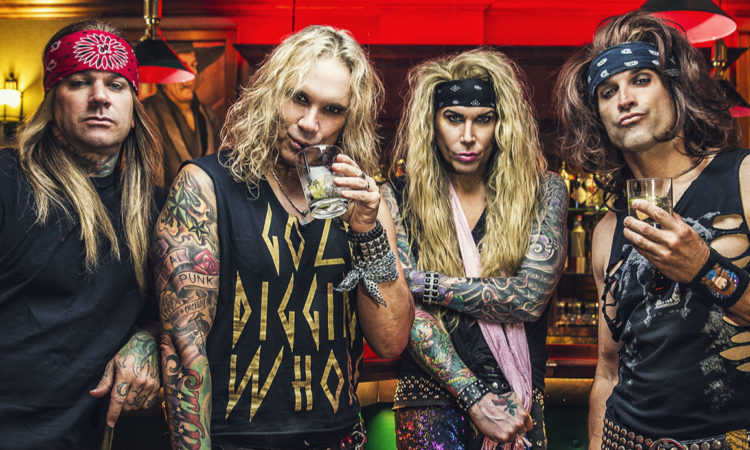 Here’s what the band says about the album, “‘Heavy Metal Rules’ is the ultimate party album. Anthem after anthem and hook after hook, the songs will provide the soundtrack to your new bitchin’ heavy metal life. The first single, ‘All I Wanna Do Is Fuck (Myself Tonight)’, is the ultimate song about self-love and having a positive personal self-image. It is the kind of song you put on to get yourself in the mood whether you’re getting ready to have sex with yourself or 17 girls in a row.”

They released the video for the first single “All I Wanna Do Is Fuck (Myself Tonight)”. Buckle up, even for these guys.

And if you needed a road trip, Steel Panther will celebrate the release of “Heavy Metal Rules” by playing a show at the Whisky A Go Go in West Hollywood, California on September 26!

Do you think Steel Panther is the best ‘comedy’ band around? If not, who is? And don’t say Flight Of The Conchords. They’re good but not Panther good.