If you haven’t seen Steel Panther live, now is your chance! They recently announced two more virtual concerts; Viper Room on December 5 for “Gobblefest – Gobbling Isn’t Just For The Holidays Livestream” and the “Almost Live – Formal As Fuck New Year’s Eve Special”. Both livestreams start at 2PM PST and are $20 USD. 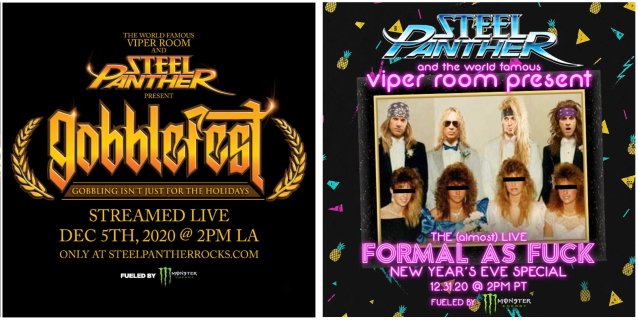 Have you seen any livestream shows during the pandemic? Which has been the best?