A life-size statue of late AC/DC singer Bon Scott is being unveiled at a festival held in the singer’s honour in his Scottish hometown this weekend. 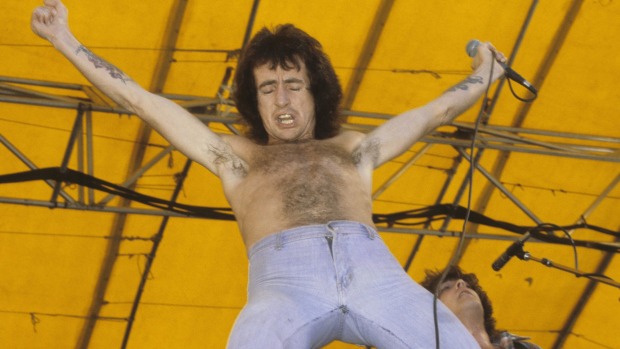 The Annual BonFest takes place in Kirriemuir, Angus over this weekend (April 30-May 2). It’s in its 10th year – with AC/DC tribute acts from around the world performing live.

BBC News reported that a bronze statue honouring Scott will be presented at this year’s festival after a two year-long crowdfunding campaign raised $90,000.

Former AC/DC bassist Mark Evans will lead the official unveiling. “It’s very emotional,” Evans said of the occasion. “I always speak of Bon in the present tense. I feel he’s still around. To have something like this that’s been funded by the fans, the people that he held in his heart is just great. It’s just fantastic, it’s a really warming experience.” 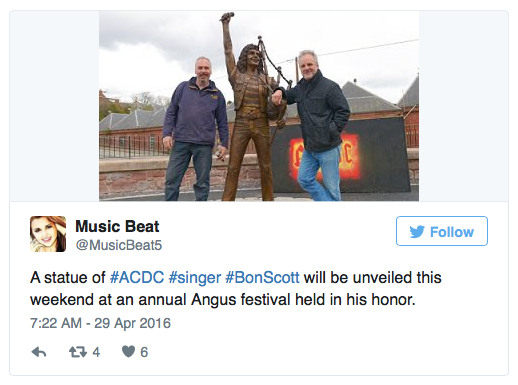 Meanwhile, Scott’s replacement Brian Johnson has been stopped touring (for the time being) after doctors told him he could suffer permanent hearing loss. Guns N’ Roses singer Axl Rose will sub for Johnson for the remainder of their “Rock Or Bust” World Tour.