Staind’s Aaron Lewis To Release A Solo Album In 2022

If you know Staind, chances are you were surprised at singer Aaron Lewis’ last decade of making music. Most of it has been focused on creating vintage country alà Merle Haggard, Waylon Jennings, David Allen Coe and Hank Williams Jr.

Now, Lewis is finishing up his new album “Frayed At Both Ends”, saying, “There’s so much great music in Nashville, which I think everybody knows. But until you really live here, get to know people, you don’t realize how deep it runs. It’s inspiring to be around people who are drawn to that same hard kind of country, the stuff that digs down and looks at life with some of the paint knocked off it.”

Lewis’ new album is being released on January 28th, 2022. You can pre-order the album now and receive “Goodbye Town”, the project’s first teaser track.

Lewis says, “This is an album of saying things that need to be said about how people actually live. Life isn’t easy. Most people drink to forget, or drive for hours trying to get away from what they can’t let go of or leave behind. Work takes it out of you. Love falls short or destroys you. Disappointments stack up. But still you have to keep going — and how you do that says everything about the man that you are.” 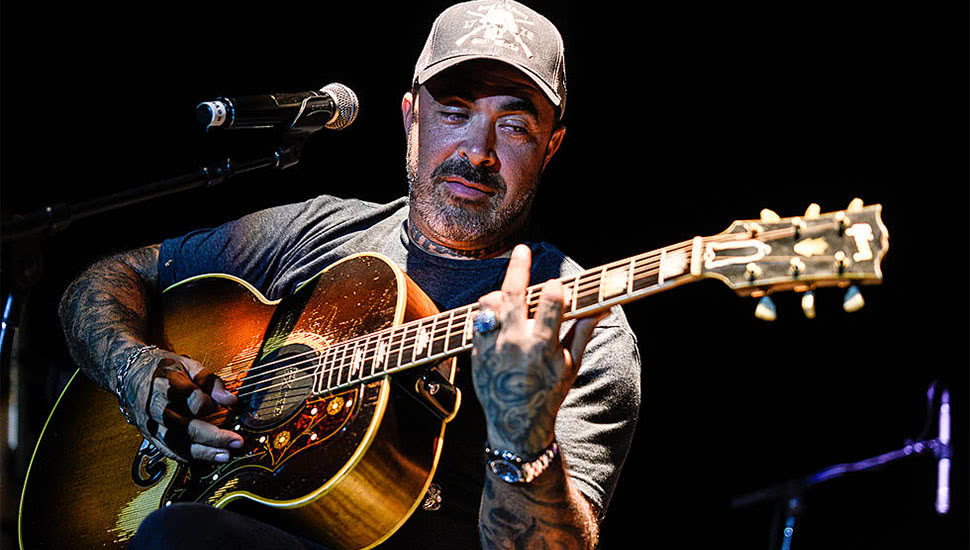 Lewis adds, “I’ve never wanted to be the face of a song, or a time. I’m a lucky man. I survived my first record deal, and I can make music on my terms. One of those terms is singing for other people, the things they need to say or the heroism they’ve lived and no one ever really noticed. If I can put the light in those places, then the music is doing its best work.”

“Frayed At Both Ends” track listing:

Are you as big a fan of Lewis’ country music as you are of Staind?