After trying out a new formula for Season 20, the creators of South Park have admitted that they probably won’t be doing anything quite like it ever again. But in typical South Park fashion, the reason has nothing to do with outside pressure or opinions. 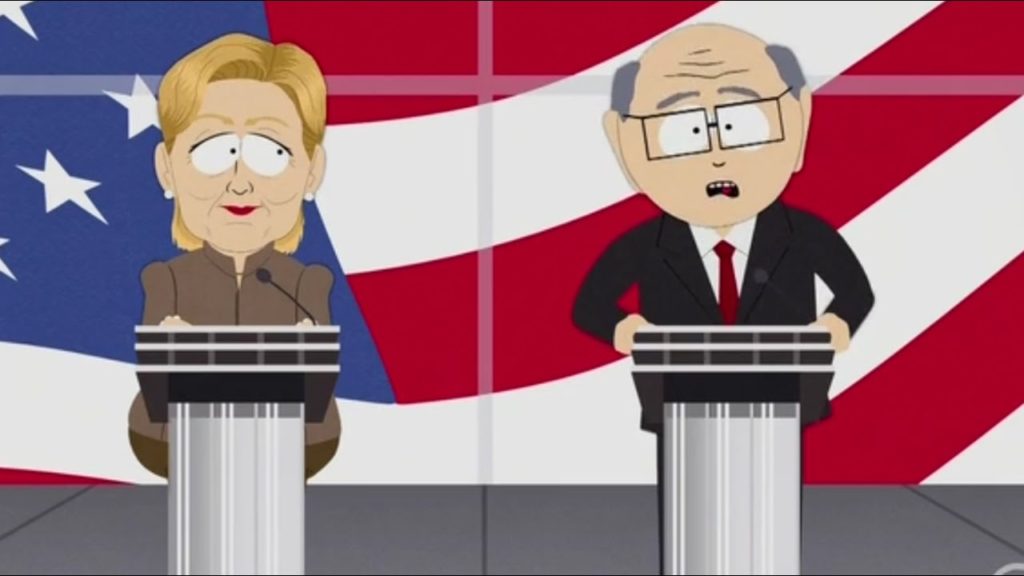 Matt Stone and Trey Parker are beginning to find that the political landscape in the US is just too ridiculous, and they can’t make it any funnier than it already is.

“It’s tricky and it’s really tricky now as satire has become reality. We were really trying to make fun of what was going on [last season] but we couldn’t keep up. What was actually happening was way funnier than anything we could come up with. So we decided to just back off and let [politicians] do their comedy and we’ll do ours.” – Trey Parker told ABC News Australia on Thursday (Feb 2nd).

Season 20 of South Park was a departure from the series original formula of one-off episodes, this time tying all the stories into one serialized season. The season spent much of its time tackling the issues of being anonymous on the internet and the relation to trolling, as well as drawing constant parallels to the US Election.

Season 20 also concluded with Mr Garrison winning the Election and becoming President Of The United States. So even though the creators have admitted they might step back from politics, it’s safe to say that, like they always have, South Park will still take jabs at politics (and whatever the heck else they feel like)