Slipknot / Stone Sour singer Corey Taylor was recently a guest of We Are Hear’s “Raise Your Horns With (Halestorm’s) Lzzy Hale” and revealed that he’s finished recording his debut solo album! 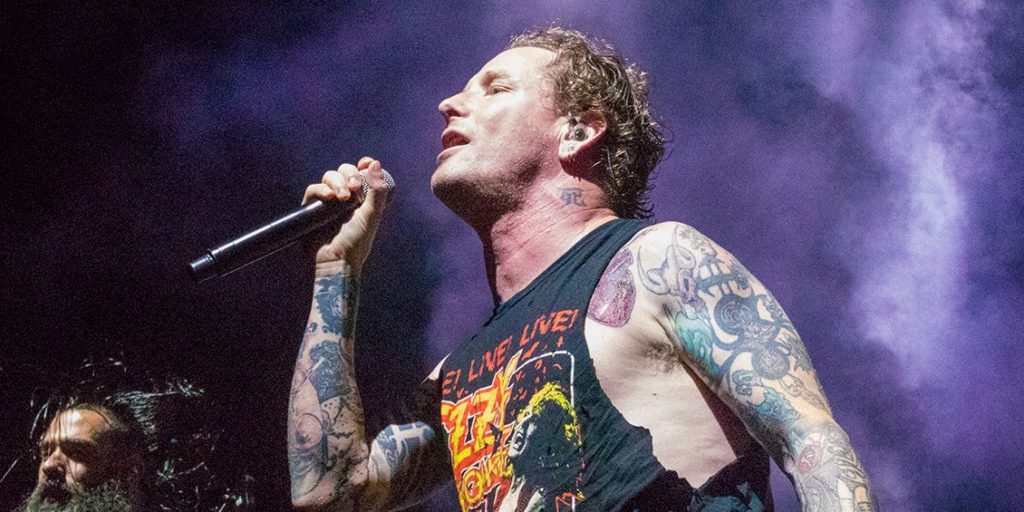 When asked about what he’s been working on during the coronavirus pandemic, Taylor said, “I secretly recorded my first solo album. I did with the band I’ve been using for my solo shows for years, and just a bunch of people that I’ve been working with forever. So it’s Jason [Christopher on bass], Dustin [Schoenhofer] on drums, from Walls Of Jericho and countless other things, and [guitarist] Zach Throne, who I’ve been jamming with for a long time, and Tooch [guitarist Christian Martucci], actually, from Stone Sour. All five of us did it. We went in and we recorded 25 songs in about two and a half weeks, and we did everything live. And it’s dope — really, really cool.”

Taylor went on to say that “it’s been really hard to not talk about” the project since the completion of the recording sessions. “But we’re really stoked,” he added. “And the label didn’t throw up when they heard it.”

While it is recorded, don’t expect this album before 2021.