Slipknot has postponed the first weeks of their tour with Marilyn Manson because singer Corey Taylor broke his neck. 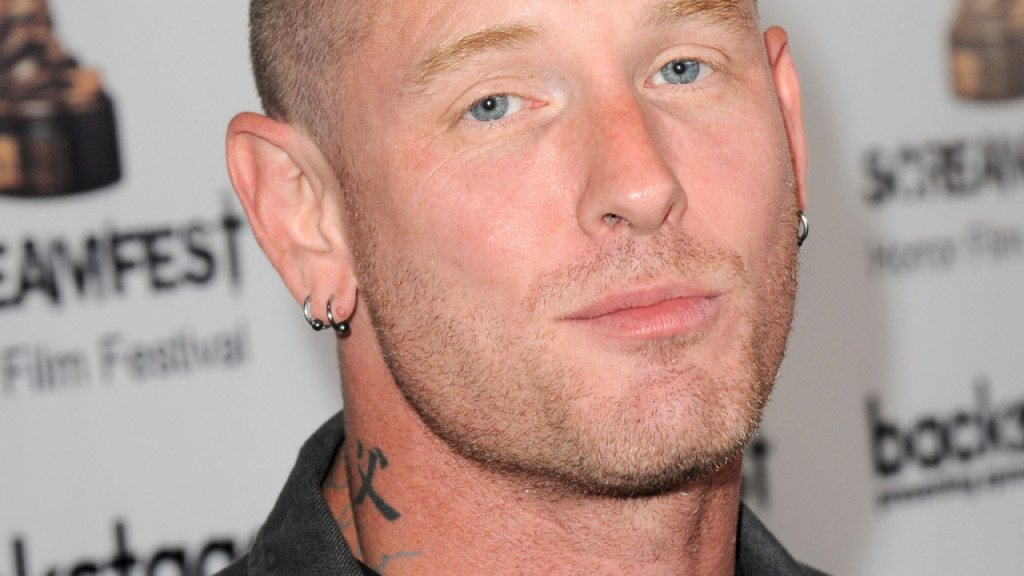 Taylor said he actually broke his neck “a while back” but didn’t realize he had til the pain became so severe that he had check himself into hospital. He has had two discs in his neck replaced as well as surgery on his vertebrae.

Taylor wrote on Facebook: “Regretfully, I’m sending this to our fans to inform you that we will be postponing the first couple of weeks of our upcoming US tour. Unfortunately, I had to undergo an unplanned spinal surgery. I am recovering nicely, and all went well. I need a little recovery time before hitting the stage.” 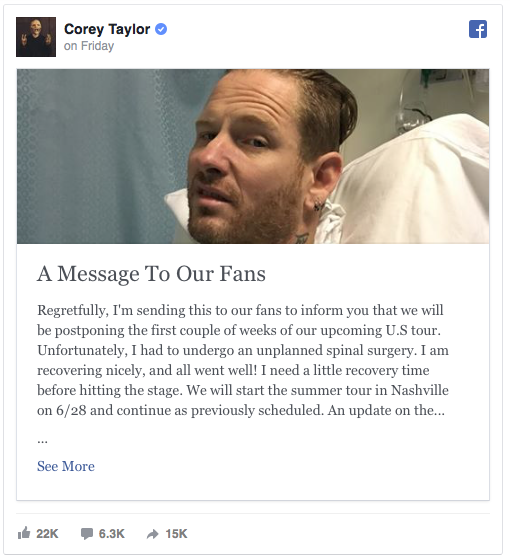 It was initially said the tour with Manson would be postponed til August – now Taylor said on FB the tour would resume June 28 and then “continue as previously scheduled”. He added: “I hope you all understand, and thanks for always having my back.”

This is the first time Slipknot and Manson have toured together. No shows outside of North America are planned. Tour wraps up Aug 5.