Are you ready for a new Slipknot album and tour? ‘Cause they are! Their percussionist Shawn Crahan (a.k.a. Clown) recently did an interview w/ Kerrang! magazine he’s feeling refreshed and ready to release an album & tour! 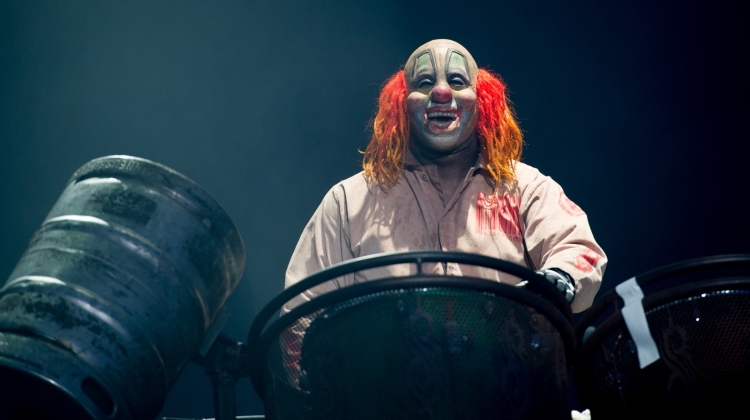 Clown said, “Not even the first time. It’s always been a mess. I’m not gonna say it’s not gonna be a mess now, but shit’s happening. It’s on. We’re all ready to go. Everybody is so excited. It’s even better that Corey Taylor is really excited, because he does a lot of work, goes out with Stone Sour, does solo gigs and solo things — from books, to award shows. Whatever he’s doing, he does a lot. And it’s always awesome to feel his excitement. Most people in his situation would be like, ‘I’m gonna take a year off,’ but he’s got a certain demeanour right now for Slipknot. And that feels awesome. And that’s how it feels now with all the guys. We have a schedule, and it’s fucking hardcore, and there’s a lot of things going on inside that schedule.”

We got to hear a new Slipknot song called “All Out Life” this past October. You can hear that song on the band’s upcoming album, due out later this year via Roadrunner. Check out the video Crahan directed for the song. Dude’s talented.

Do you think the new Slipknot album will make it to #1 on Billboard like the last album?