SLIPKNOT IS WORKING ON NEW ALBUM

We’ve known since November ’18 that the plan for Slipknot was to enter the recording studio in January ’19. Now, singer Corey Taylor has confirmed it. 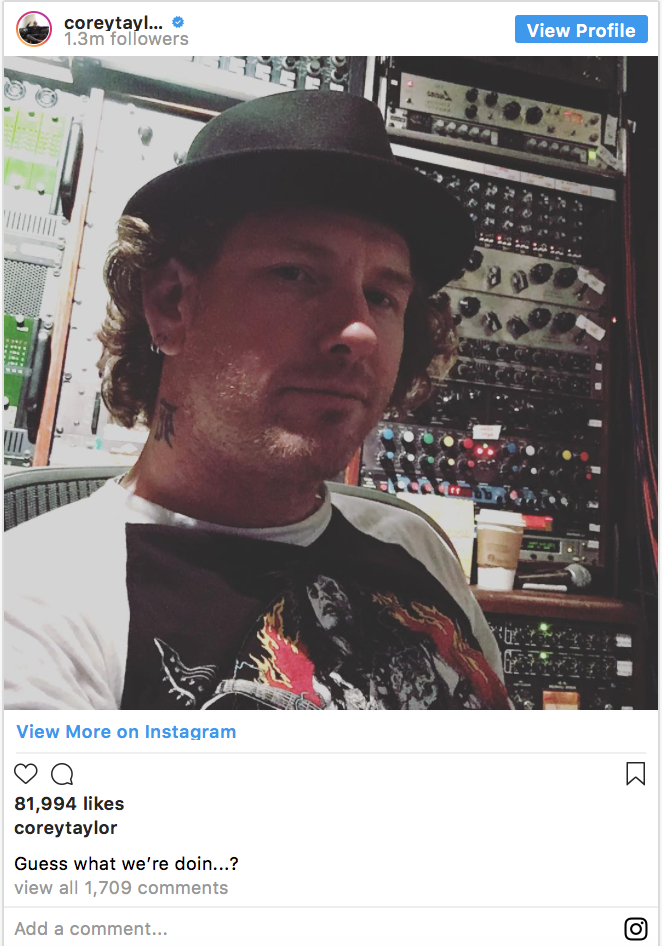 And remember, Clown recently talked to Billboard, “[The album] breaks down to… good vs. evil, or in this sense, evil vs. good. It’s about being a human being and experiencing what you have in correlating it to this world. This world is ugly and it’s supposed to be, and it has to be in order for art to lead to grandness and beauty. Nothing is in stone. There are songs that are considered the album, but everything can change. We would never go do (concert) dates without an album, but…we’re not following any rules this time, not that we ever did. We’re on an outline, and I think everybody’s going to be pleasantly surprised.”

Do you think Slipknot’s new album will be as successful as their last?