Slash featuring Myles Kennedy and The Conspirators singer Myles Kennedy recently did an interview with Audio Ink Radio and confirmed that the band has finished recording their new album!

Kennedy said, “We made a record earlier this year, and it’s in the can. And I think the goal is just to — when the time’s appropriate, we’re gonna put it out. Hopefully next year — hopefully early next year. And it’s number — I’m trying to remember which number record it is. It’s hard to believe we’ve been doing this for… Gosh, I think the first songs I recorded with Slash were in 2009, which is crazy. So, yeah, [it’s] definitely a long run there.

Kennedy added, “The thing about the record is that it’s got a live vibe to it. It was a record that was recorded in kind of an old-school way. So, with that said, without giving too much away, it definitely has a bit of that energy and that vibe that a lot of us listened to growing up. So, it was fun. It was a fun record to make.” 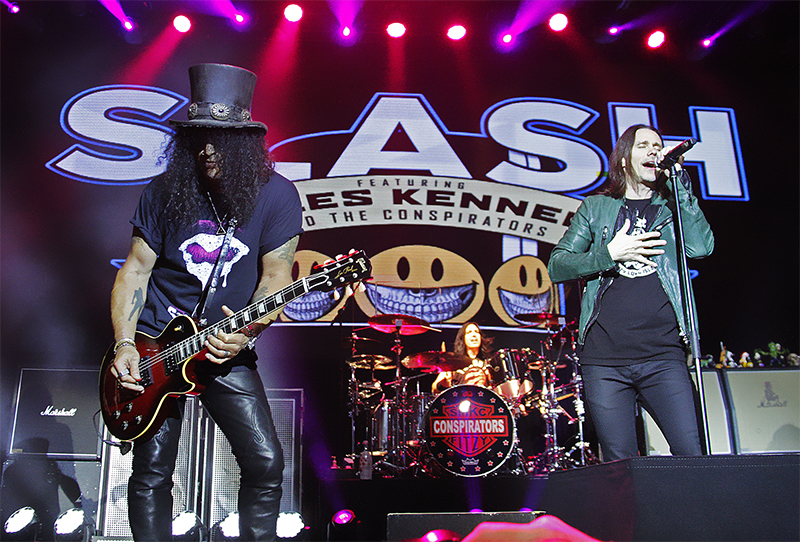 Prior to the pandemic closing down the world, you’ll remember that the band released “Living The Dream Tour” in September ’19 on DVD+2CD, Blu-ray+2 CD, 3LP black vinyl, limited-edition 3LP red vinyl, digital video and digital audio.

Looks like that band has been keeping busy during COVID!

Do you like Slash better with Kennedy singing all the songs, or the way Slash had multiple singers on his debut solo album?