SLASH Says AXL ROSE Has ‘A Ton Of S**t’ Recorded

Slash recently sat down with Classic Rock Magainze and said that Axl Rose has lots of new songs in the works for a possible new Guns N’ Roses album! 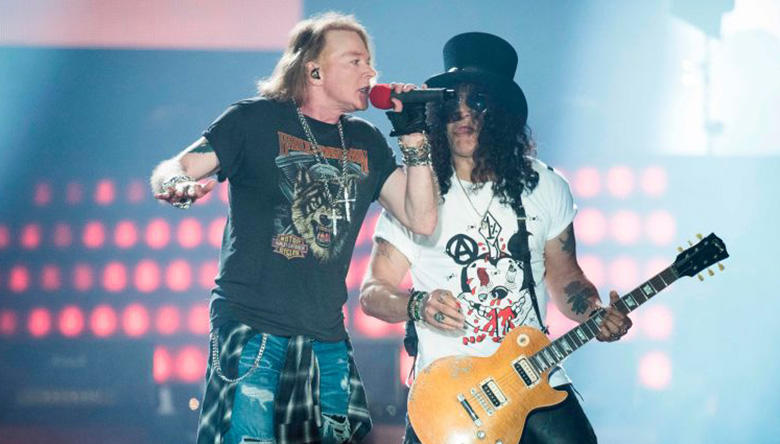 Three of five original Gn’R members reunited in 2016 after not playing together for more than two decades. The “Not In This Lifetime” tour is now the highest grossing tour in music history.

Slash told Classic Rock magazine that the tour could very well end up resulting in new music, “Now that we’ve actually mended fences and gotten back together and done this, we’re going to keep it together. Because all the bullshit we’d had that sort of caused all of the shit back in the ’90s, there was a lot of outside influence on that, so now that that’s sort of eliminated, we’re just left to our own devices. We get along fucking great.”

Gn’R’s last studio album, “Chinese Democracy”, was released in 2008 and Axl was the only member from the “classic’ lineup.

Is there a more anticipated album in 2018?