ICYMI – Slash was recently appointed “Global Brand Ambassador” by Gibson Brands – the first such designation in the company’s history! Beyond playing their guitars, Slash will now developing new products with Gibson Custom, Gibson and Epiphone. 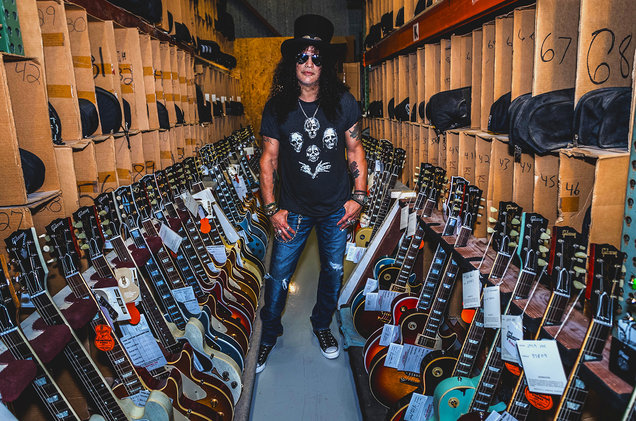 Below, watch a three and 1/2 minute video clip where Slash talks about his new role.

“We are thrilled to recognize Slash as Gibson’s first Global Brand Ambassador,” said Henry Juszkiewicz, chairman and CEO of Gibson Brands. “Slash embodies the characteristics of creativity, passion and excellence that are so closely aligned with Gibson and we are very proud of the friendship and mutual success we have shared together for over thirty years. We are also very excited about the future products we will be announcing soon.”

Slash says, “It’s an honor to be Gibson’s first Global Brand Ambassador! I’ve been working with Gibson since the early days of my professional career and playing Gibson guitars since before that. I’m proud of the creative relationship we’ve developed over the years.”

Slash is currently on the road with G’n’R’s “Not In This Lifetime” world tour; which was extended through the end of November.