Shinedown has said that their seventh album, “Planet Zero”, will be released April 22 via Atlantic Records. They even released a lyric video for the album’s title track!

Singer Brent Smith had this to say, “If we shut each other down and allow ourselves to be divided by the information we consume and the way we talk to each other, we lose our humanity. When you look outside of your phone, you’ll see there are so many people doing good things and trying to take care of each other. But we’re starting to see parts of society slip into an unknown. ‘Planet Zero’ was written for all of us. The fact is that we’re all here on this planet no matter what, so it’s time to actually move forward together with empathy, perseverance and strength. With that said… welcome to PLANET ZERO.” 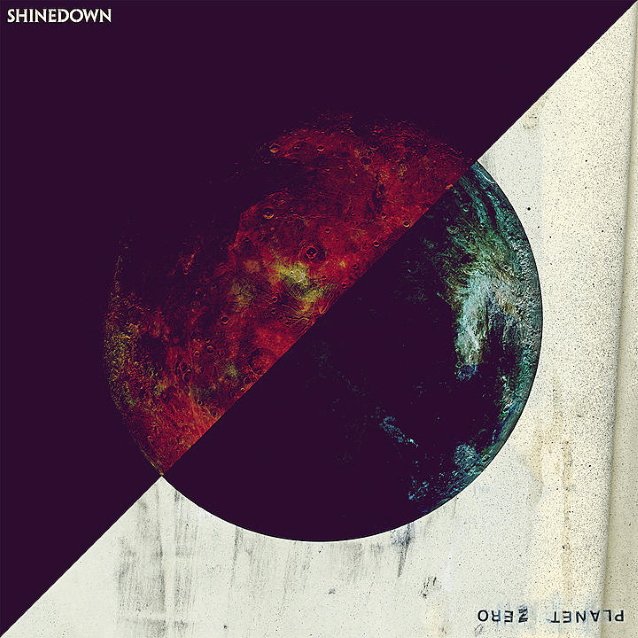 Smith was a guest of Point Pleasant, New Jersey radio station 95.9 The Rat and said the new album has a more “stripped-down” approach, “We wanted to push everything to the front. And what I mean by that is we’ve proven that we can make these records that there’s a lot of musicianship involved in it, and we have layered our records over the years because we love music and we love sound and we try to make really cinematic records. So with that, you have a lot of instrumentation that is not just drums, bass, guitar and vocals — we use orchestras, we use a lot of synthesizers, we use a lot of techniques that… We don’t believe in… Don’t tie your hands up when you’re making a record. Make the record that you wanna make. And ultimately, though, what we wanted to do with this album was make it just as ferocious as the other records but not utilizing so much of some of the style that we’ve done in the past with layering and layering guitars, adding lots of synth beds, stacking the vocals.”

This new album will follow-up to 2018’s “Attention Attention”.

Meanwhile, the band is ready to start up their 2022 North American tour, “Shinedown Live In Concert”, in San Francisco on January 26.