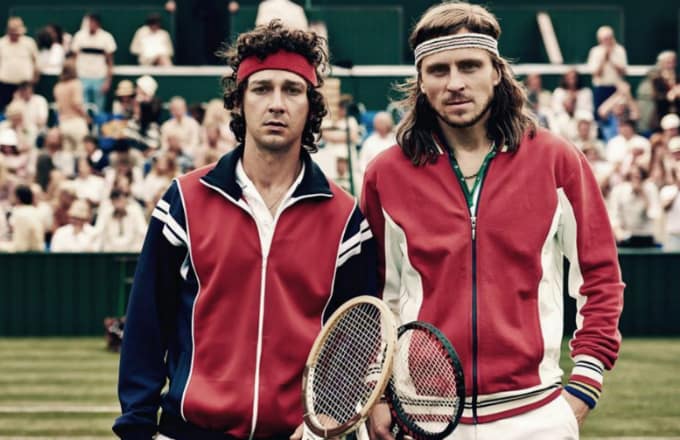 The movie is in theatres this September. Watch the first trailer:

In case you missed it, LaBeouf recently compared himself to McEnroe saying that they are both “passionate, perfectionist, narcissistic”. He added: “I’m a bit of a caricature also”.

McEnroe talked to Variety about LaBeouf portraying him, “Supposedly [LaBeouf is] crazy. So maybe that works. I’ve never talked to him, so I don’t know how he could play me.”

McEnroe said he hasn’t had any contact with LaBeouf regarding preparation for the role. He said: “I don’t know if they are planning on doing the whole movie without input or any type of arrangement from me or Bjorn. I haven’t seen anything, and they’ve already started the movie.”

Very interesting, right? How do you prepare for a role without talking to the person you’re playing? Guess we’ll see – the trailer looks pretty good.