Despite some good intentions and ideas from both parties, the much-hyped duet between Metallica and Lady Gaga at the 59th Annual Grammy Awards didn’t exactly go over as planned. But one member of the thrash gods hopes they can either make it up or, at the very least, work together again. 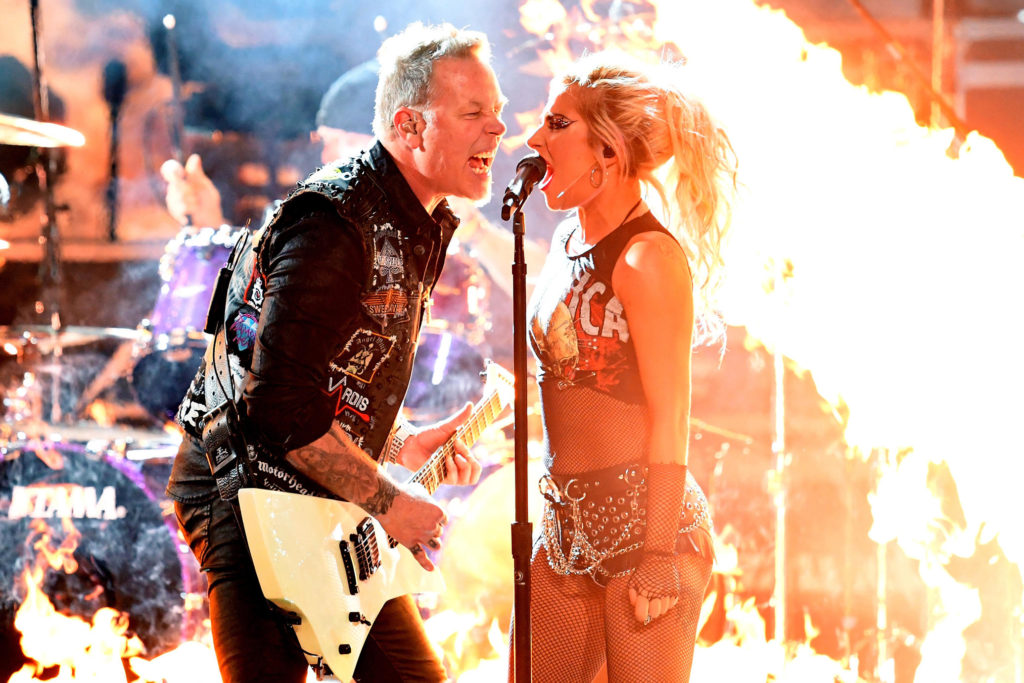 But, DESPITE ALL THAT, drummer Lars Ulrich had extremely complementary things to say about Gaga. Speaking with Rolling Stone, Ulrich first addressed the technical problems. ” “There was a slight technical snafu, but that’s not really something you can do much about. You just learn to live with that side of it. It happened to Adele last year; I guess this year it was our turn.”

Turning focus over to Gaga, Ulrich gushed. “Her voice, her attitude, her outlook on everything is so awesome,” he says. “[The performance] was so effortless and organic and she just has the spirit of hard rock and metal flowing through her veins. It comes really easy for her. There’s nothing contrived; she just has this super warm, easy energy.” 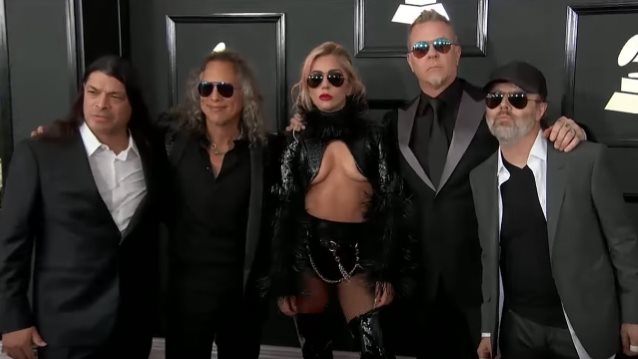 “We already started fast-forwarding to the next chapter when we can do more of this. It’s not one of those ’20 lawyers, strategists and managers trying to force two people from two different worlds to figure out how to spend four minutes together on a national telecast.’
Of any of these undertakings, this is about as organic and authentic as there’s ever been one. We’re just getting started.”

Hopefully whatever project these two start working on includes a working mic for Hetfield. 😉