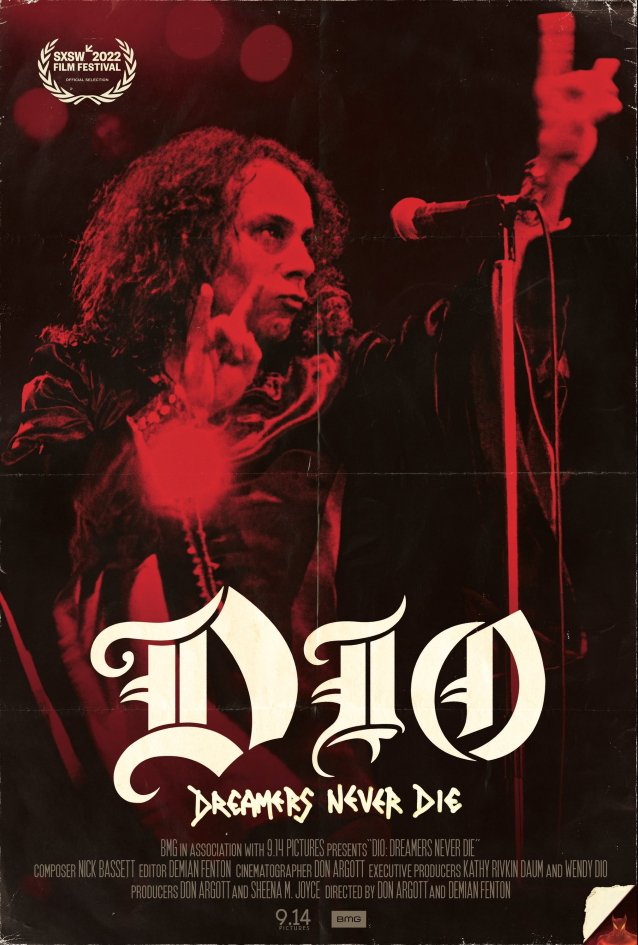 You can attend this year’s SXSW is in Austin, Texas from March 11 to March 20.

“Dio: Dreamers Never Die” is the first Dio documentary authorized by his estate. The official film description says it “delves deep into his incredible rise from ’50s doo-wop crooner to his early classic rock days in Ritchie Blackmore’s Rainbow, to replacing the iconic lead singer Ozzy Osbourne in Black Sabbath, to finally cement his legend with DIO. Ronnie’s biography is completely unique to the tired sex, drugs and rock and roll clichés. The film is about perseverance, dreams and the power to believe in yourself.”

In case you need more Dio, his autobiography “Rainbow In The Dark: The Autobiography” was released in July 2021 and is a good read.

Dio or Osbourne? Who is your ultimate Black Sabbath frontman?