Have you seen this yet? Scorpions took to their Twitter account to unveiled the cover artwork for their 19th studio album, “Rock Believer” (due out Feb 25, 2022)!

This is a call for all ROCK BELIEVERS out there: We are excited to announce that our new album ROCK BELIEVER will be out 25th February 2022. The pre-order for the album starts tomorrow 4pm CET.

The album’s first single, “Peacemaker” will be officially released tomorrow, November 5th at 8:00am PST.

The band hit the studio in their hometown of Hanover, Germany, during the pandemic to work on new music. Singer Klaus Meine says, “The album was written and recorded in the Scorpions DNA with core [Rudolf] Schenker/[Klaus] Meine compositions. We recorded the album as a band live in one room, like we did in the ’80s.”

The original plan for the album was to travel to Los Angeles to work with producer Greg Fidelman (Slipknot, Metallica). Obviously, that never happened. 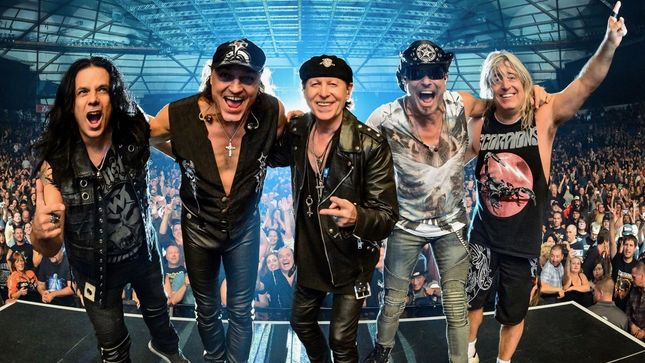 This new Scorpions album is their first since 2017’s “Born To Touch Your Feelings – Best Of Rock Ballads” and the band plans on touring to support the release with their “Rock Believer” world tour, staring in March 2022 in Las Vegas.