Scorpions drummer Mikkey Dee (M0törhead) posted a video on his Twitter account and said they were done the “first leg” of the pre-production sessions for their upcoming studio album!

The band is getting together in October to finish up a new album (which should be out in 2021). The first leg took place at Peppermint Park Studios in Hannover, Germany. Prior to COVID-19, they’d planned on working in Los Angeles with producer Greg Fidelman (Slipknot and Metallica). Instead, it’s been Zoom sessions.

This new album will be their first since 2017’s “Born To Touch Your Feelings – Best Of Rock Ballads” and the first of all new material since 2015’s “Return To Forever”. 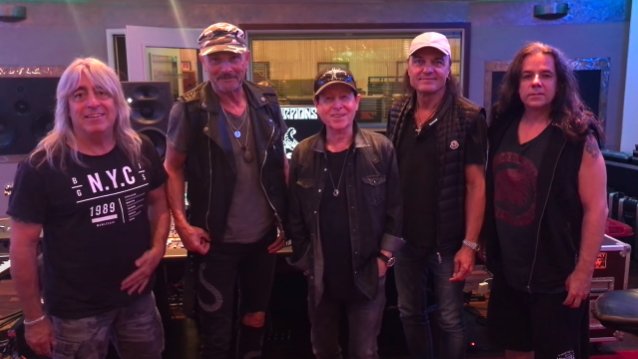 Singer Klaus Meine said they wanted to use Fidelman in hopes of bringing “the old vibe from albums like ‘Blackout’, ‘Love At First Sting’ or even ‘Lovedrive’. We try to focus on those albums and this attitude. If we get there, who knows — it’s so many years later. But it’s the spirit and it’s the whole vibe around this album. This time, the focus is on the harder songs.”

Which other bands are you hoping are working on new music?