You’ll be able to get ahold of the new album on September 30th on CD & digital, with a vinyl release scheduled for October 28th.

Hagar talks about making the album, “Working with Dave Cobb for the first time was enlightening. We went into the studio to record in the fall of 2021, when the world was starting to come out of the pandemic bubble we’d all been living in. The lyrics for ‘Crazy Times’ just came from that new freedom we were feeling, the freedom felt unbelievable, but a little uncertain, too. We had to ask ourselves ‘what are we doing here and what do we want?’ Going back in the studio, creating and being with the music is just what felt natural. And it was just so different from any record I’ve ever made. There was joy in the hard work, catharsis and the comradery we’d craved. It was like those two years of not being able to do very much fell away and we really all came together and let it out in the music and lyrics. We were able to express what we all felt.”

“Crazy Times” has ten songs, nine that Hagar wrote or co-wrote, and there’s a cover of “Pump It Up”, a 1978 song by Elvis Costello. 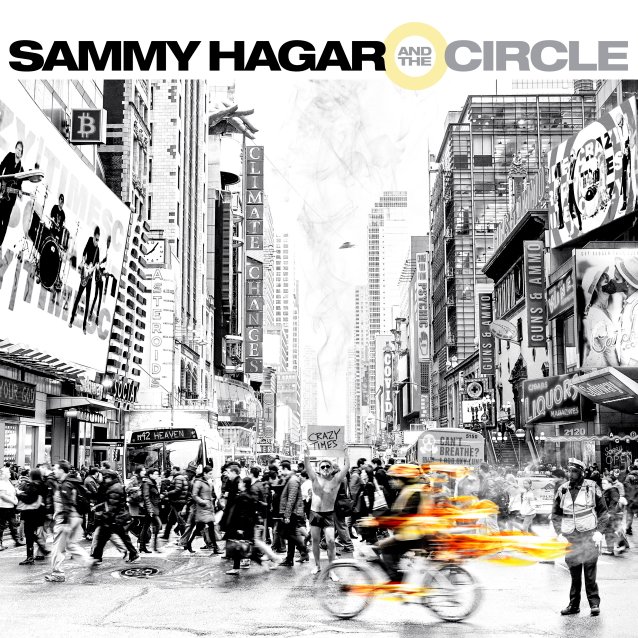 Sammy and friends are on tour, wrapping up on Saturday, October 1 in Sacramento, California. Hagar will then celebrate his 75th birthday at his annual week of Birthday Bash concerts at his Cabo Wabo Cantina in Cabo San Lucas, Mexico.

Never been. Love to go.

Ain’t it great that Sammy keeps bangin’ out new music?!