Sammy Hagar was interviewed by Forbes and said his new album with The Circle is “the best record I ever made in my life, but I hate to even say that because that’s what everyone says.” But with a band that includes drummer Jason Bonham, bassist Michael Anthony and guitarist Vic Johnson, it shouldn’t come as a surprise to hear the album kicks ass? 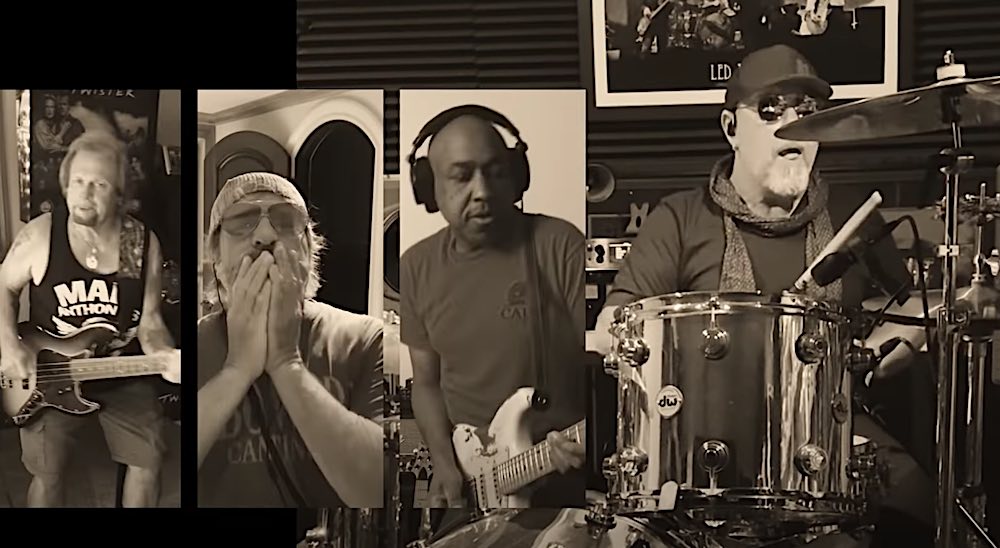 Hagar went on to tell Forbes, “But I’m telling you from my heart, it’s the best record I ever made in my life. We did it at this RCA Studiowith all that vintage equipment, it sounds phenomenal. It’s great, my best songwriting ever, best production ever, and we made four videos already.”

And read about how making the album in Nashville with Cobb influenced how the album turned out, “David Cobb said, ‘I’m not gonna do anything that even sounds anything remotely country on this record, ’cause I wanted to make an Americana record a little bit less hard rock.’ He goes, ‘I wanna make ‘Standing Hampton’. I wanna make the record I grew up on, I wanna hear you and Mikey sing like you did in ‘Top Of The World’ with Van Halen. That’s what we’re gonna get out of you guys.” And he’d come up and squeeze it out of us, and it’s like this book, it’s a hybrid of everything I’ve ever been involved with musically.”

Damn, if that don’t sound cool as shit!

The Circle’s first album of original material, “Space Between”, came out in May ’19.

Good to get some new stuff out of Sammy and the boys. You’ll remember their pandemic years, releasing their “Lockdown Sessions” as an album called “Lockdown 2020”.

I, for one, am ready for new music from the Red Rocker!