Get ready for a lot more Royal Blood this year – the English garage-rocking two-piece has announced yet another new song, and a slew of tour dates to keep them busy until the end of August. 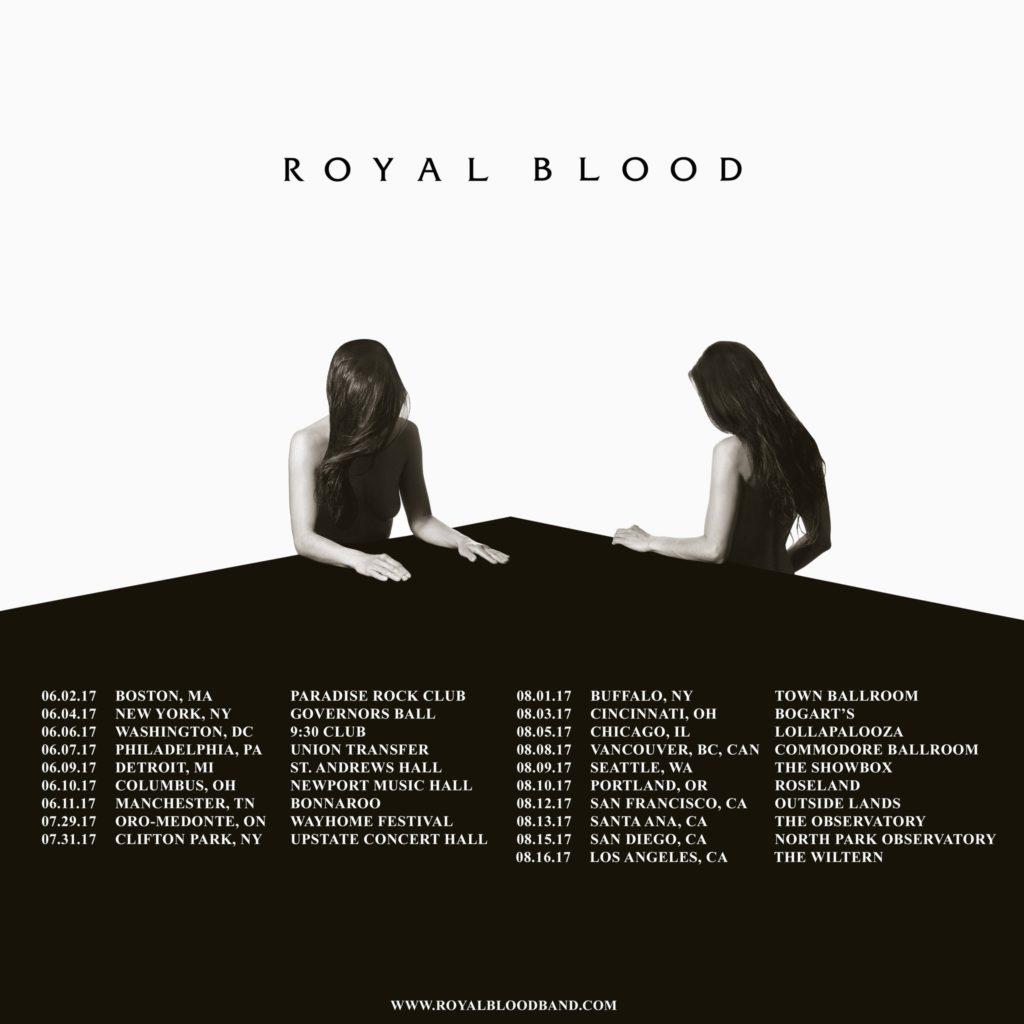 August 8th jumps off the page for Vancouver rockers – Royal Blood plays the Commodore Ballroom that night, before hopping across the border to play at the Showbox in Seattle the next night. (For the real super-fans, the band’s finishing the tour on the West Coast, with shows in Portland, San Fran, and three dates in California all right after.)

That’s not all though – Royal Blood’s been teasing new music all April in anticipation of their next album. “How Did We Get So Dark?” is available for pre-order right now through their website, and the deluxe vinyl even includes 2 bonus tracks.

“How Did We Get So Dark?” comes out on June 16th – plenty of time to rehearse the air-guitar on the new tracks you’re sure to hear at the Commodore.

Speaking of new tracks you’re sure to hear, Royal Blood have a brand new single out to promote that album – “Lights Out” is below for your listening pleasure. Check it out!