The Rolling Stones told Donald Trump on Wednesday (May 4) to stop using their music for his campaign (following in the footsteps of artists such as Adele and R.E.M.). 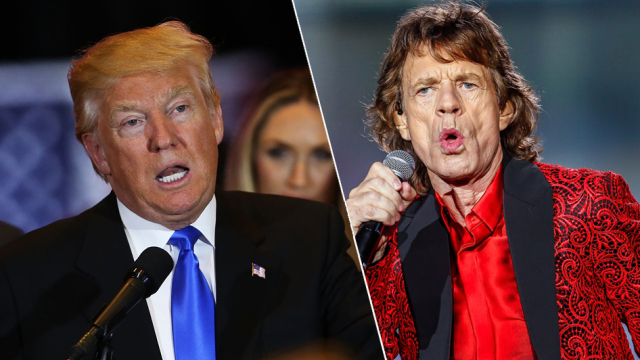 “The Rolling Stones have never given permission to the Trump campaign to use their songs and have requested that they cease all use immediately,” the band’s spokesperson said in a statement.

A representative for Trump’s campaign did not make a comment.

Before his rally in Carmel, Indiana on Tuesday (May 3), Trump’s campaign played The Rolling Stones’ 1969 song “You Can’t Always Get What You Want” at least four times.

Adele in February said told Trump to stop playing her 2011 single “Rolling in the Deep” at rallies in Iowa.

R.E.M. blasted Trump for using their hit song, “It’s the End of the World As We Know It (And I Feel Fine)” at a rally last year.

Which song should Trump use at his rallies?