Up the Sunshine Coast of B.C. at The Farm Studios, legendary producer GGGarth Richardson has been working on a new album with Canadian singer, songwriter and producer Devin Townsend. That album now has a release date and a name. 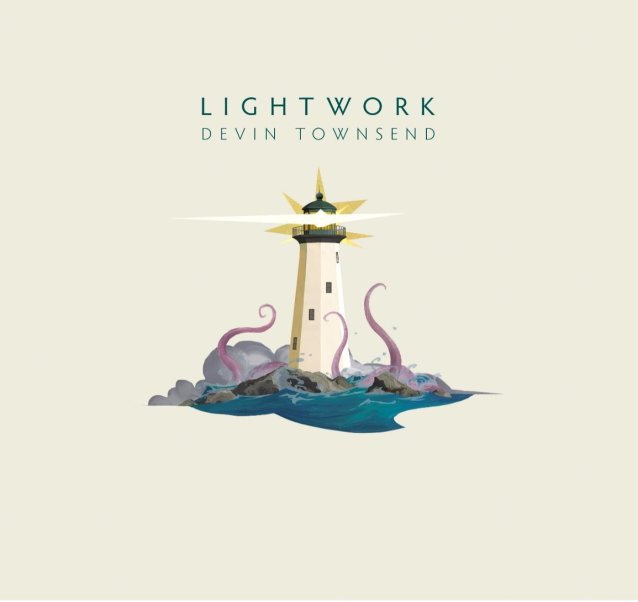 You’ll be able to get ahold of “Lightwork” on October 28. The cover art (above) was designed by Townsend’s longtime friend and designer Travis Smith.

“Lightwork” will have a companion record called “Nightwork”. You’ll have access to that as part of the limited-edition versions of “Lightwork”‘s release.

If you follow Townsend on Instagram, maybe you saw this post from earlier this month, “So my next album is called ‘Lightwork’ and it’s a bit different for me in a few ways: I spent a fair amount of time trying to dislike it (I think) because I worked with a team on it instead of just braining out on it myself, and I guess the challenges of that process disconnected me from it slightly at first and I wanted to hate it. In the end however, I’ve decided that not only do I like it, but I may actually really love it.”

He continued: “It’s not what I expected and it’s not what I would have done if left to my own devices of course, but that may ultimately be the whole point. It makes me feel good and says something quite healthy. It kind of represents a ‘bridge between two continents’ in some ways… as in: sort of a fulcrum between where I ‘was’ and where I am going. It’s kind of simple structurally and sort of commercial in some senses, but it’s still something I can get behind and enjoy hearing, and it not only says what I feel I need to say at this point, but maybe says things I didn’t realize I needed to say as well.’

“It’s been a difficult few years and my life has changed more dramatically than I realized… ‘Lightwork’ represents, I think, the resolve to stay balanced during a turbulent time and I’m grateful for it and for what comes next. I hope the audience sees it for what it is as opposed to what it isn’t, but ultimately: I have decided it was what I needed to say.

Townsend has been busy over the last few years. He released the LP “The Puzzle” last December (through his own label), which was accompanied by a five-part documentary!

What’s Devin’s best work? Is that even possible to nail down??