Ready For Another ‘Sex and the City’ Movie?

Exciting news for anyone with Carrie fever (kudos if you get the reference).

Yesterday (October 4) actress Sarah Jessica Parker was interviewed on the blue carpet (at the premiere of her new television series ‘Divorce’) and hinted that talks were underway for a third ‘Sex and the City’ movie.

“I described it as being not on the table but in the warming drawer,” Parker said in New York. Former ‘Sex and the City’ cast mates Cynthia Nixon and Mario Cantone were also on hand. 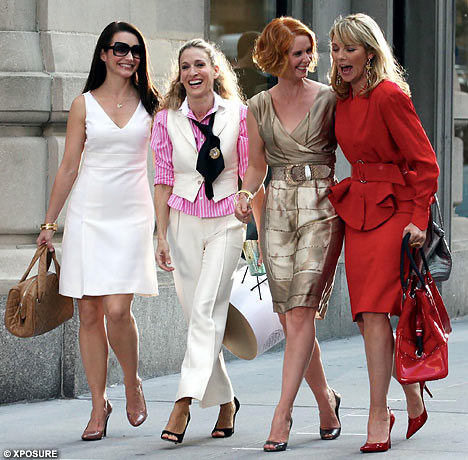