Ratt’s Stephen Pearcy Next Solo Release Will Be A Double Album!

RATT singer Stephen Pearcy was recently a guest of Vintage Rock Pod and said that his upcoming sixth solo album will be a double album!

“So much time has passed since we started writing, Erik [Ferentinos] and I — my guitar player and co-writer guy [for] most of my solo [stuff]. It was so long ago. And the record was done; we had the songs written, like, six months ago. And that was a year process. Since then, I’ve been writing like a fool and writing with him, and all these new songs [came out]. So I figure let’s do a double record and give it all you’ve got — just go in there and lay it down and say, ‘Here. This is what happens in two years when you write tunes.'”

Pearcy went on to say you shouldn’t expect the new solo LP ’til 2022, “It’s been put off. We’re gonna try to get through this year. I’ve got some things to take care of with what the band RATT’s gonna do… And once I get in the studio, I don’t mess around. That’s one thing I learned from [producer] Beau Hill, is you make shit happen. Don’t waste time. And we don’t. I crack a whip.” 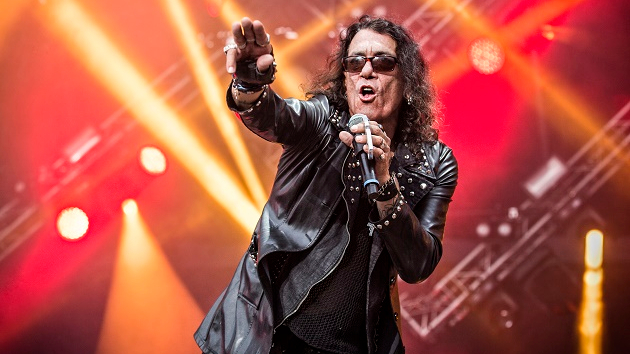 Pearcy also talked about his upcoming docuseries, plans to write a new book and the recent death of Tawny Kitaen (who once dated RATT guitarist Robbin Crosby) and Eddie Van Halen.

Been a fan since the 80s. Love that Stephen Pearcy and RATT are still infesting our earholes.