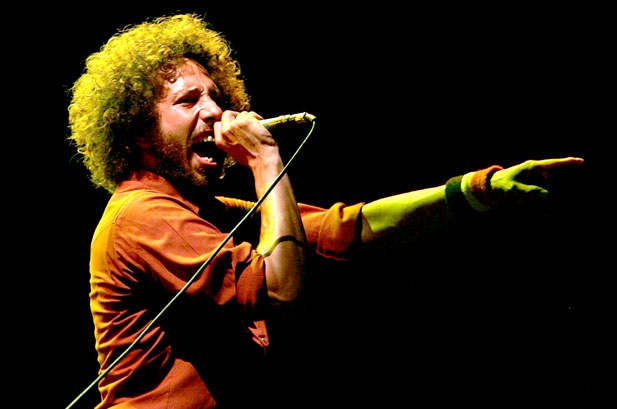 “I stare at a future so toxic, no trust in the dust of a promise, won’t mark the name on a ballot, so they can be free to devour our options, and just like you I’m a target,” he raps in the song.

RATM hasn’t played live since they headlined their own L.A. Rising festival show in Los Angeles in the summer of 2011.