You gotta love new bands formed by musicians you know-and-love! Rage Against The Machine bassist Tim Commerford has started a band with Mathias Wakrat and Jonny Polonsky called 7D7D. You can hear the band’s debut track, “Capitalism”, below!

This time around, Tim is singing! And the music isn’t really what you expect, is it? There’s almost a jazz feel to this new project (not that that’s a bad thing).

Lyrically, “Capitalism” shouldn’t surprise you. After all, Tim IS part of Rage, a band he started in his early 20s. Tim met Jonny during his time in Audioslave. And of course Tim is (was) also part of Prophets Of Rage.

His bandmate, Mathias, was introduced to drums through his uncle and started playing at age 11. Mathias met Tim soon after and the two are close friends.

In 2015, Tim and Mathias started the trio WAKRAT, which Tim has described as “unapologetic, unrelenting, unbridled and uncensored. Understood?”

Tim and Jonny started writing music together after Audioslave broke up. Jonny has been a guitar tech over the years and when he decided to create music, Frank Black of the Pixies helped produce his first demo. A short time later, Rick Rubin signed him to his American Recordings label. Jonny went on to join Tool singer Maynard James Keenan’s side-project Puscifer and played on the last two Johnny Cash albums (produced by Rubin). Talk about being surrounded by industry juggernauts! 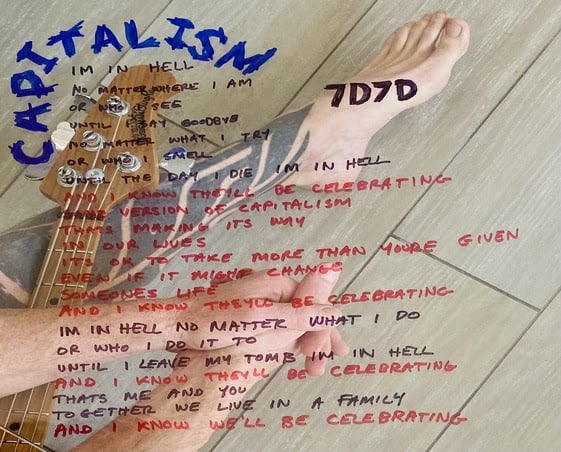