OK, what?! There’s a chance that Quentin is going to direct a Star Trek movie as his final movie?! Word is he’s pitched his idea to Paramount and the franchise’s producer JJ Abrams is on board! 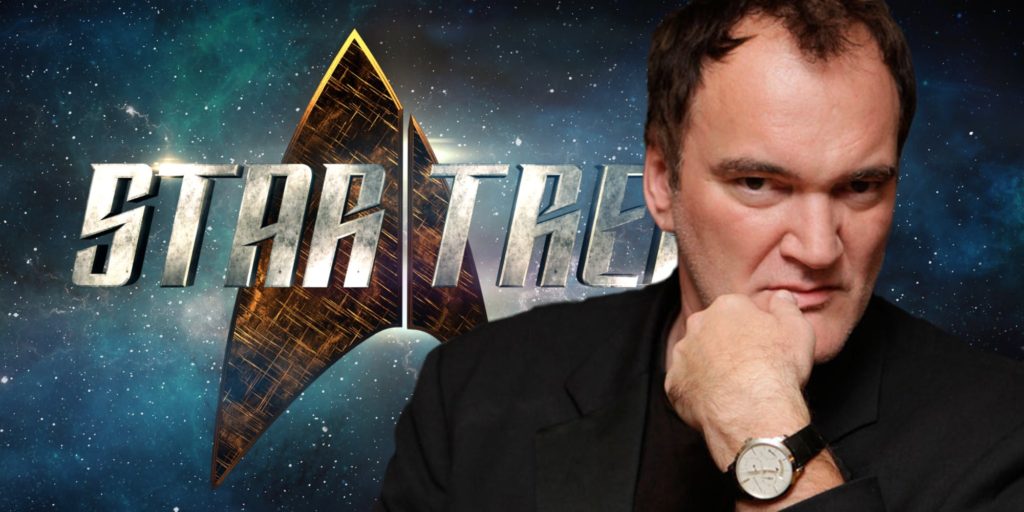 And you’ll love Tarantino’s ‘demand’: The movie needs to be R-rated (the studio agreed). Normally, it’s tough to get studios to agree to an R-rating as you limit your audience. But with Deadpool and Logan both recently clobbering at the box office, I think you’ll start to see more and more movies (that should be R-rated) get that rating.

And word is Tarantino has met with a few writers to talk Star Trek and “The Revenant” writer Mark L. Smith is said to be the frontrunner. Good choice. Great movie.

Meanwhile, Tarantino will be shooting his Charles Manson movie this summer (that’s not to hit theatres til 2019). Might be a while before we see a Tarantino directed Star Trek movie… but the idea is exciting, isn’t it?