If you follow Rage Against The Machine / Prophets of Rage guitarist Tom Morello on social media, you may have already seen the picture he shared of his hand being operated on. If not, check this out! Not for the faint of heart! 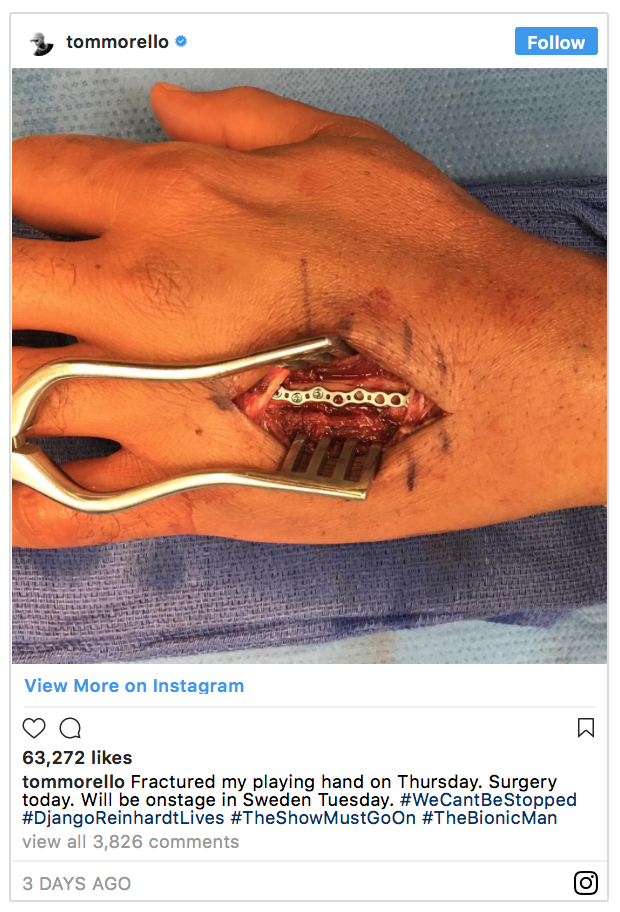 Morello fractured his left hand while playing his guitar on Thursday (June 21) and shared the above picture on Instagram on June 24. “#TheShowMustGoOn #TheBionicMan”.

Seems crazy to think that Tom will be able to play guitar anytime soon.

Meanwhile, the buzz of a Rage Against The Machine reunion continues. It’s been 7 years since they reunited to play some shows (between 2007-2011).

Drummer Brad Wilk, who also plays in Prophets of Rage with Morello, said that “nothing would make me happier than to be able to fuck shit up right now with Rage Against The Machine”. Well said, Brad.

Is there a band you’d want to see reunite & make new music more than RATM?!