Have you heard about the extreme metal ‘supergroup’ Scour yet? Sure, they’ve been around since 2015, but lots of people I’ve talked to don’t know them. They’re formed by Philip H. Anselmo (Pantera, Down), John Jarvis (Agoraphobic Nosebleed), Derek Engemann (Philip H. Anselmo & The Illegals), Mark Kloeppel (Misery Index) and Adam Jarvis (Pig Destroyer). And they’re doing a livestream performance later this month! 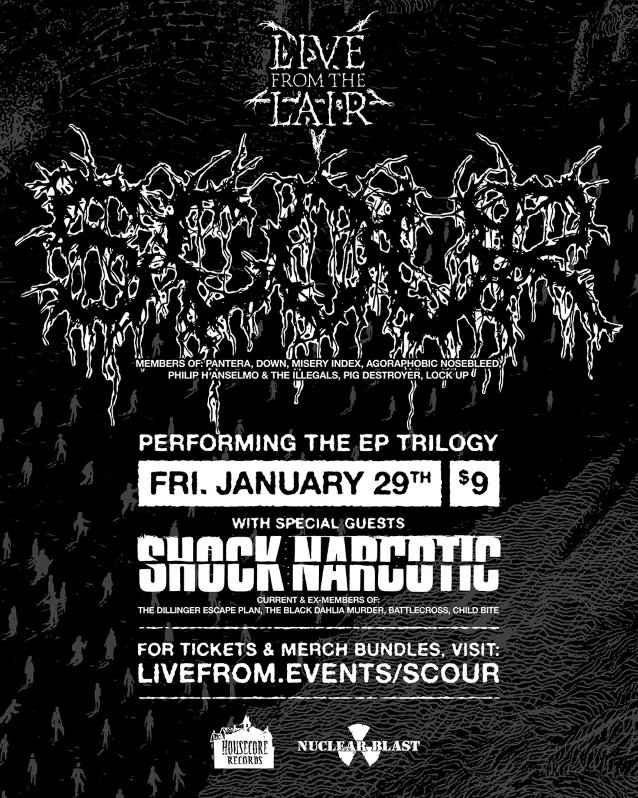 You’ll be able to catch the multi-camera livestream on January 29. The band is playing its EP trilogy in its entirety at Anselmo’s Nosferatu’s Lair Studio!

Anselmo says, “I’m excited to have another Housecore Records stream, this time featuring Scour and Shock Narcotic. Buy the stream and let’s jam!”

Scour’s latest EP “The Black EP” was released in November 2020.

Pretty awesome line up to form this ‘supergroup’. What’s the best all-time? Temple of the Dog? Velvet Revolver? Them Crooked Vultures? So many good ones!