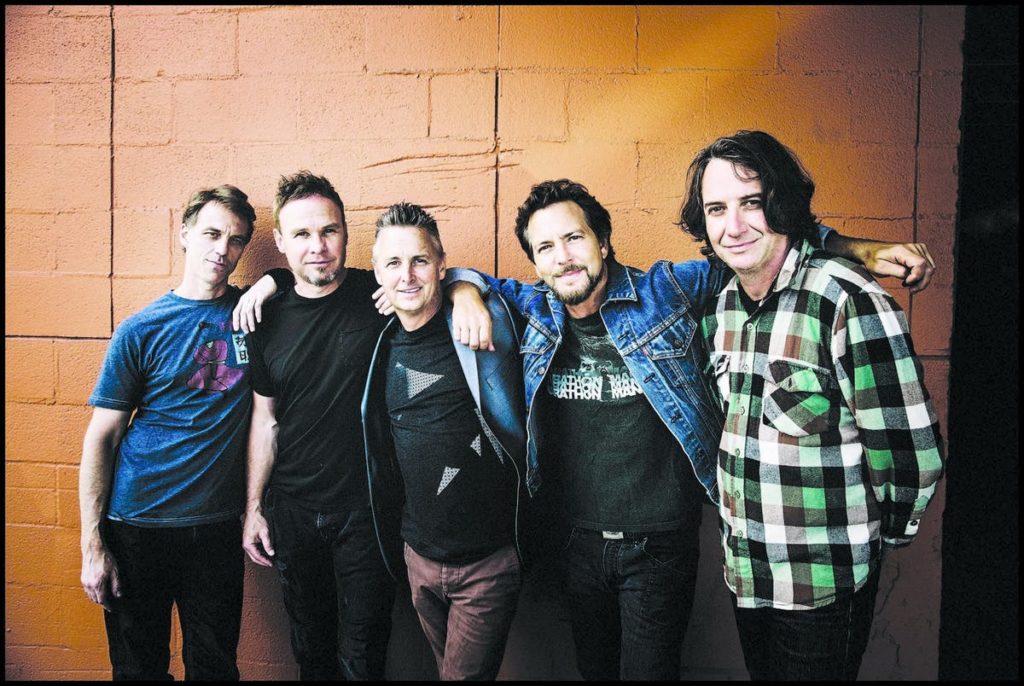 Their new album, their eleventh, and the follow-up to 2013’s “Lightning Bolt”, will be released on March 27.

Gossard spoke to Apple Music’s Beats 1 host Zane Lowe about Vedder’s lyrics on the album, “So I do think that his lyrics on this record, in particular, are stunning. His way of describing the world. He’s not going to come out and say exactly in sort of very plain language, maybe what you might think after reading the newspaper. But I think that his mysticism and his way of using words and art and music is a powerful sort of tonic. I think that underlying it all is going to continue to be a hopeful and beautiful, but at times tragic message.”

The band recently released a video for the lead-off track, “Dance of the Clairvoyants”.

Maybe you caught this earlier in the week, guitarist Mike McCready called their new album “a long journey”, adding, “It was emotionally dark and confusing at times, but also an exciting and experimental road map to musical redemption,” he said. “Collaborating with my bandmates on ‘Gigaton’ ultimately gave me greater love, awareness and knowledge of the need for human connection in these times.”

What do you think of the lead off track from Pearl Jam’s upcoming new album?