Paul McCartney made Companion Of Honour at Buckingham Palace

Well deserved! Sir Paul McCartney was recently made a Companion Of Honour for his contribution to music. 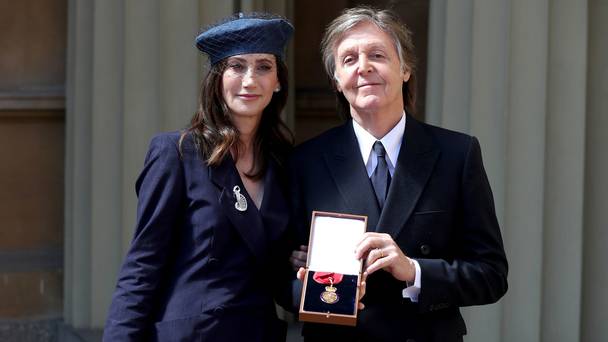 McCartney received the honour 21 years after he was knighted by the Queen.

McCartney picked up his medal from Buckingham Palace on May 4th, flanked by his wife Nancy Shevell. He’s one of a handful of musicians to have received the honour; Vera Lynn and opera singer Janet Baker have too. Other recipients include Stephen Hawking, Judi Dench, and J.K. Rowling. 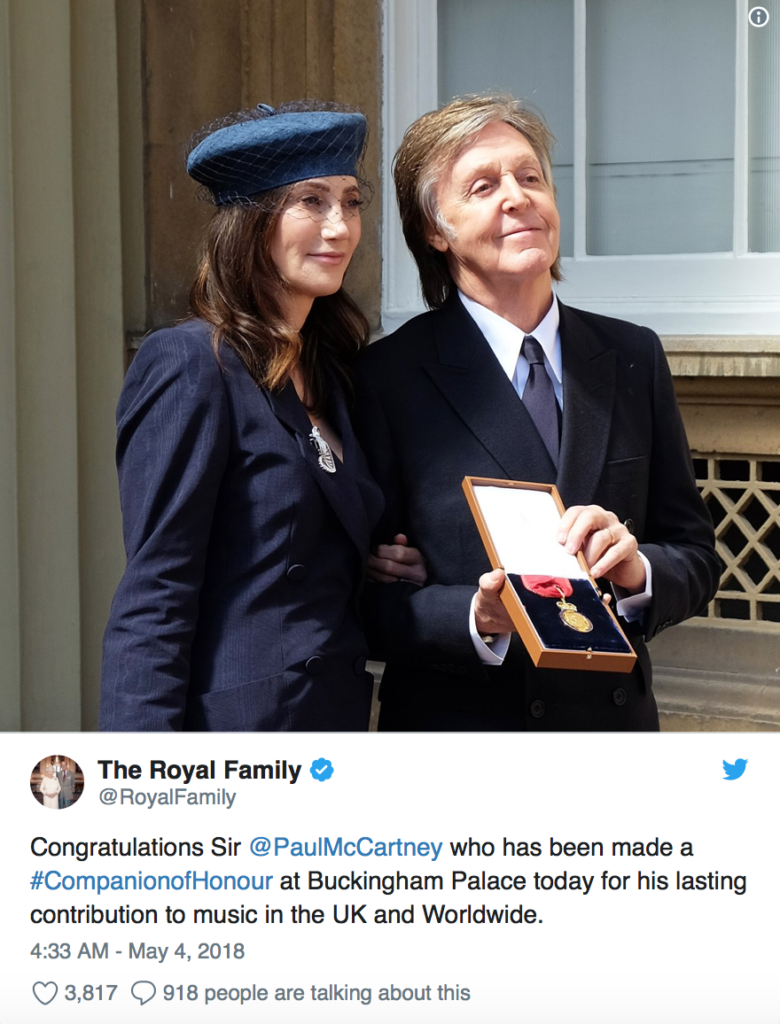 McCartney said, “I’m very happy about this huge honour and with the news coming on my birthday weekend and Father’s Day it makes it colossal!”

McCartney has had 18 Number One albums in the UK over his career! Couldn’t think of anyone more worth to receive the honour!