Paul McCartney and Ringo Starr in the recording studio

Paul McCartney and Ringo Starr were in a recording studio together on Sunday (February 19)… The Eagles’ Joe Walsh even joined them! 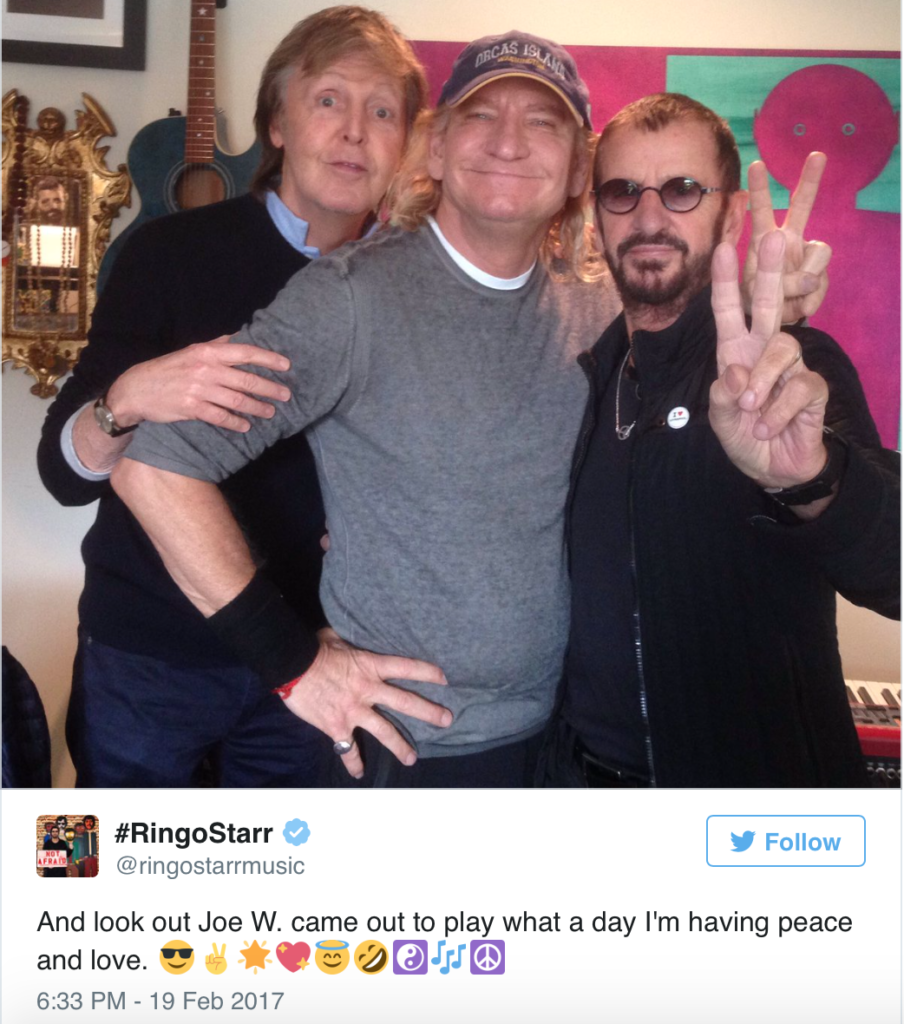 Starr’s publicist confirmed to Billboard that McCartney will feature on Starr’s upcoming album.

The last time McCartney & Starr collaborated was on Starr’s 2010 album ‘Y Not’. McCartney played bass on the song ‘Peace Dream’ and sang on ‘Walk With You’.