Pantera has issued a statement that calls out the concert industry for failing to prevent future tragedies in the wake of the shooting death of Christina Grimmie.

On Friday (June 10), Grimmie, a former contestant on NBC’s “The Voice”, was shot and killed following her performance in Orlando, Florida. The suspect, identified as 27-year-old Kevin Loibl of St. Petersburg, Florida, didn’t appear to know Christina personally and is believed to have traveled to Orlando specifically to attack her and then fatally shot himself.

Yesterday Pantera released the following on their Facebook page: 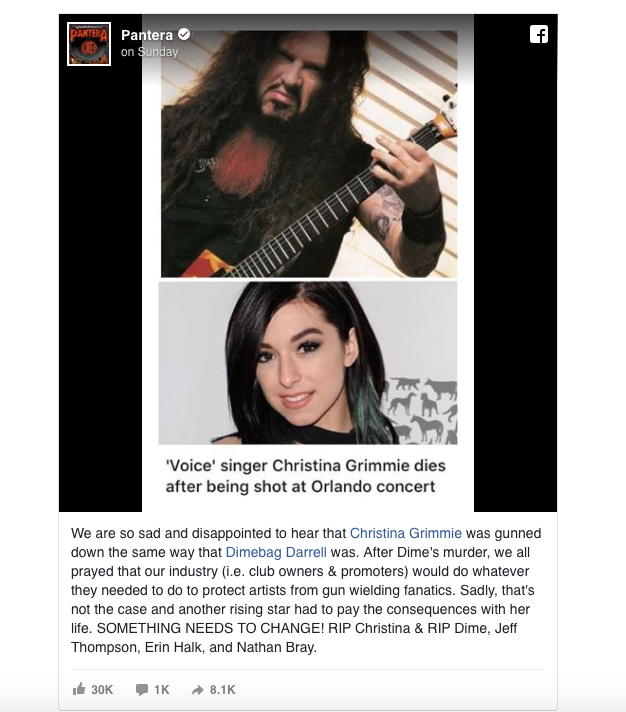 Dimebag co-founded and played lead guitarist for Pantera. When Pantera broke up in 2003, Dime and his brother Vinnie Paul formed Damageplan. On December 8, 2004, Damageplan played at the Alrosa Villa in Columbus, Ohio. Dimebag was shot and killed onstage by Nathan Gale. He was 38 years old.