Pamela Anderson helped make the original Baywatch one of the most watched TV shows in the 90s – and has joined the cast of the upcoming movie remake. 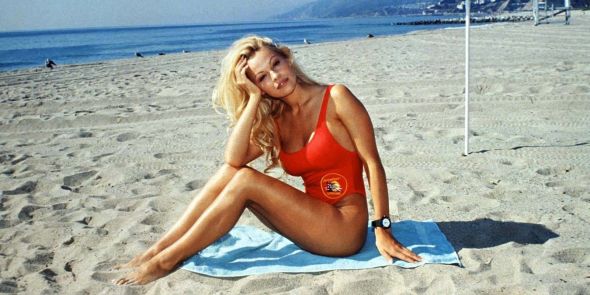 And although she played the iconic part of CJ Parker for five seasons of the series, as well as in Baywatch the Movie: Forbidden Paradise, and Baywatch: Hawaiian Wedding, Anderson won’t be returning to the role she made famous.

Dwayne ‘The Rock’ Johnson (who is replacing David Hasselhoff in the movie as Mitch Buchanan) announced the news to the world via his Instagram account: 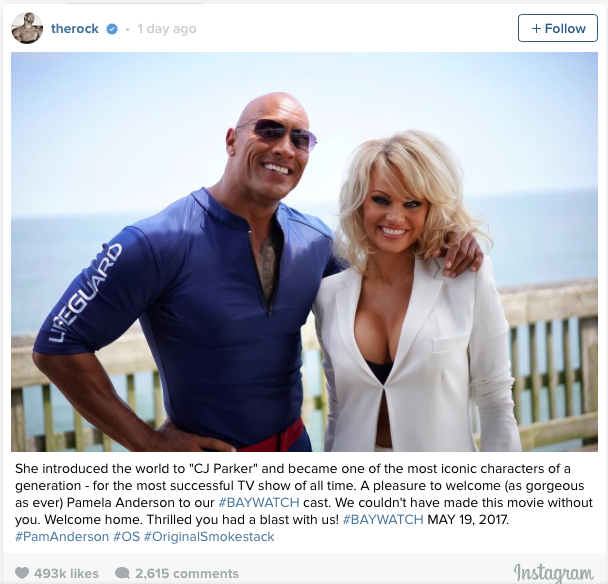 Who she’s playing remains a secret, but what is known is that she joins a cast including Johnson, Zac Efron, Alexandra Daddario, Priyanka Chopra, and model Kelly Rohrbach (who is now playing “Parker”). Anderson isn’t the only original cast member making an appearance – Hasselhoff has also shot scenes for the film.