P.O.D. Is Working On New Music!

P.O.D. singer Sonny Sandoval was recently a guest of Audio Ink Radio and confirmed that the band has spent some of the pandemic downtime working on new music, ” “Yes, we’ve been working on a new record. I think everybody has during the whole COVID time. But not being able to go jam — I mean, we’re a band that jams.”

Sandoval continues, “A lot of these new bands all live in different states, and they just send files, and all of a sudden, they create music. Well, P.O.D. is not like that. We like to sit with each other and play music and figure stuff out. And so it’s kind of been a rough thing. So we’ve been trying to write as individuals, but it’s just a learning process. Not that it’s difficult, it’s just we like to get together like what a real band is supposed to do and hang out and talk and vibe out and just jam. That’s what bands do. So, we’re working on new stuff. I know we’re gonna do the [20th-anniversary] re-release of ‘Satellite’ [P.O.D.’s fourth studio album this month], and then I’m sure soon after that we’ll be dropping a single at some point.” 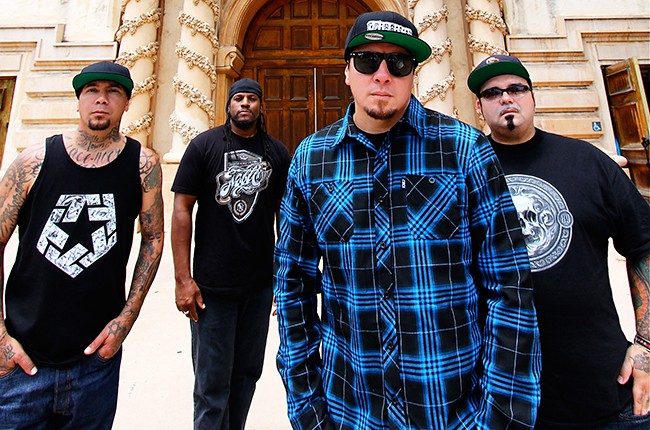 P.O.D. has three Grammy awards and their album “Satellite” debuted #6 on Billboard and has sold over 7 million copies! That album had four singles, “Satellite”, “Alive”, “Youth Of The Nation” and “Boom”.