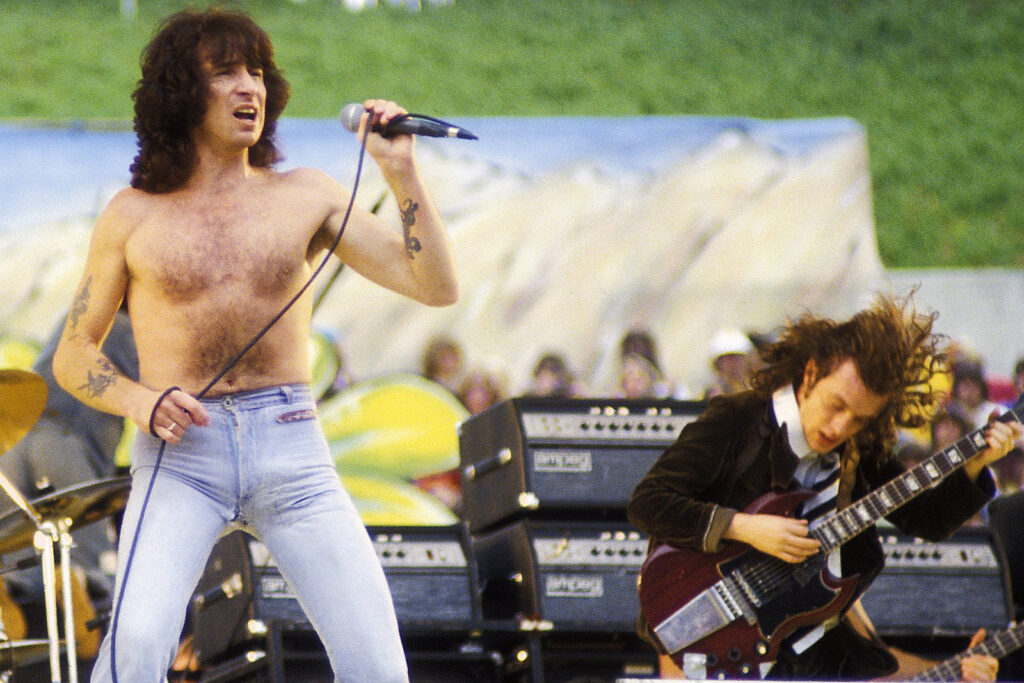 Here’s a bit of background if you don’t know the band’s history. Scott replaced Dave Evans as lead singer in 1974, as Evans was having personal clashes with band members and management.

Scott’s first album release with AC/DC was “High Voltage”, which features songs such as “It’s a Long Way to The Top (If You Wanna Rock ‘N’ Roll)” and “TNT”.

On the night of February 18th 1980, Scott had just visited a London club called The Music Machine (now known as KOKO) and was left to sleep in a Renault 5 by a friend. When the friend returned, Scott was found lifeless and authorities were alerted.

Shortly after Scott’s death, the remaining members of AC/DC considered quitting but decided that Scott would want them to continue, which led to the hiring of current lead singer, Brian Johnson.

Five months after Scott’s death, AC/DC finished the work they’d started with Scott and released the album “Back in Black” as a tribute to the late Bon Scott.