Nita Strauss: ‘I’ve Grown A Lot As An Artist And Songwriter’

Former Alice Cooper and current Demi Lovato guitarist Nita Strauss was recently interviewed by Guitar World and talked about her upcoming second solo album, “I’m a really emotional musician and person, and I write about what I’m feeling and what’s going on in my life. Making this album, and especially doing a lot of the writing during 2020, when everything was shut down and uncertain, brought out a lot of emotion in my songwriting.” 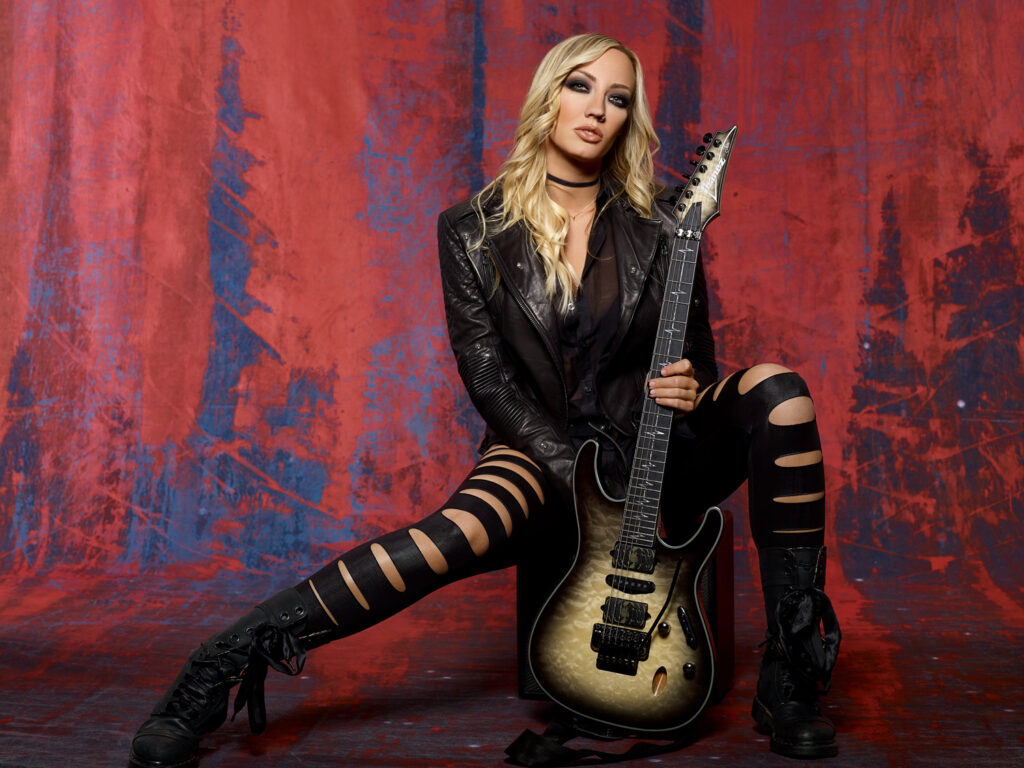 Strauss continued, “I’ve grown a lot as an artist and songwriter since [my debut solo album] ‘Controlled Chaos’ came out in 2018, and I’m excited to show a higher level of playing and more depth and maturity in these new songs. I’ve improved a lot as a musician, my technique has gotten better in the last four years, and I’ve gotten more comfortable in my own style, so I feel I’ve come into my own as a guitar player.”

Strauss played with Cooper since ’14 when she replaced Australian musician and former Michael Jackson player Orianthi.

Back in February ’22, Strauss told SiriusXM’s “Trunk Nation With Eddie Trunk” about the new solo album, “It’s gonna be half and half — six tracks with vocalists and six tracks of instrumental [music]. We’ve been doing [‘Dead Inside’] live on the solo tour and it’s been getting a super-good reaction from our crowds.”

Meanwhile, in April ’20, Strauss launched “Rock Guitar Fundamentals” to teach you how to play guitar (for all levels). Check it out here!