They’ve been teasing the new album for a while now on their Twitter feed, and now Mastodon is officially announcing their next album – Emperor of Sand. 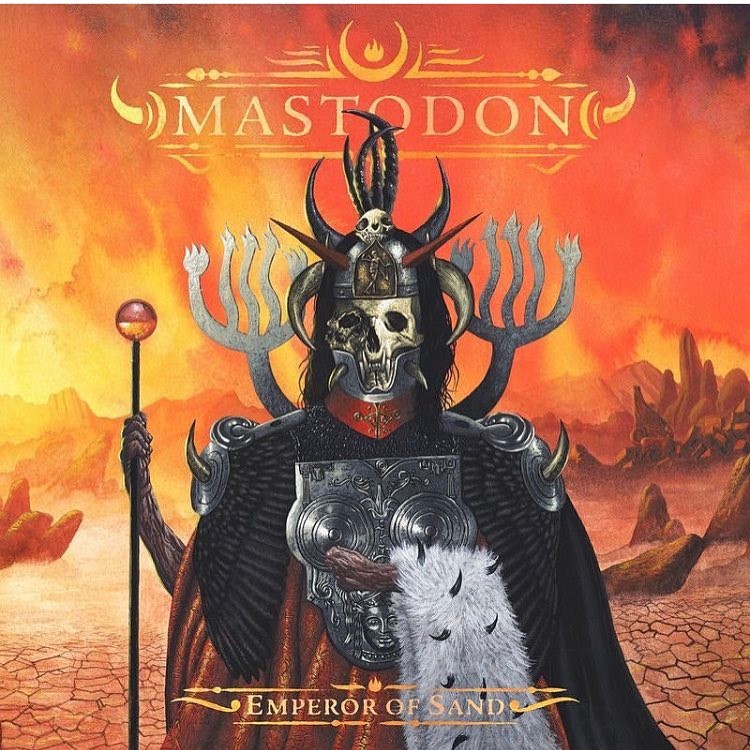 Emperor Of Sand will drop on March 31st, via Reprise Records. The follow-up to 2014’s Once More ‘Round The Sun also comes with a cool pre-order deal. The Deluxe pre-order includes a bonus colour-in vinyl jacket complete with Mastodon-branded colouring pencils.

Lately Mastodon has been promoting the new album without directly promoting it. They’ve released numerous videos and skits on their Twitter feed detailing the recording process but giving no information on the album. In one skit, drummer Brann Dailor (with face blurred and voice distorted) baits questions just to answer them with “I can’t tell you that yet.” In another, guitarist Brent Hinds comments on the unique guitar tones the band found while recording inside the moon (they didn’t have a permit to record ON the moon so they had to go inside.)

This upcoming spring fans can also catch Mastodon on a North American tour with the Eagles of Death Metal and Russian Circles.