Missing the mark, NME said Tenacious D’s last album, 2012’s “Rise Of the Fenix” was “an epic fail” and “It’s ‘hilarious’, if you’re the kind of person who still likes air drumming to ‘Eye Of The Tiger’. What the hell is wrong with air drumming to anything by Survivor?

Great news! The D has a new album AND animated series coming out later this year. And it will be glorious!

Jack Black and Kyle Gass are back November 2nd with their 4th album “Post-Apocalypto”.

And yes, Foo Fighters frontman Dave Grohl plays drums on the 21 song album. Epic much? It’ll be available everywhere you expect, digitally, CD and a translucent green vinyl. Play it on 420 speed.

The tracklist for ‘Post-Apocalypto’ is as follows: 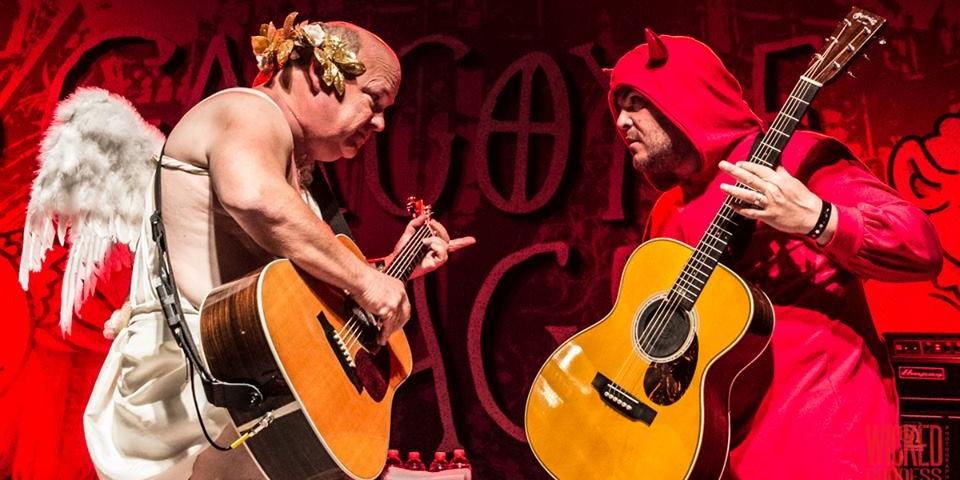 The album will be complimented by a six-part animated series, which you can see on the band’s YouTube channel on September 28 ’18.

An official synopsis for the show reads: “Post-Apocalypto finds Tenacious D thrust into a world of complete and utter destruction following the drop of an atomic bomb. Surviving the attack in classic cinematic fashion (a good old imperishable 1950’s refrigerator), the duo quickly learns that new forms of evil have spawned from the blast. One thing becomes apparent — for humanity to prevail, Tenacious D must save the world.”

Wonder if the album comes with an 1/8 of weed?

Can’t wait to sit down and sink my ears into new D!