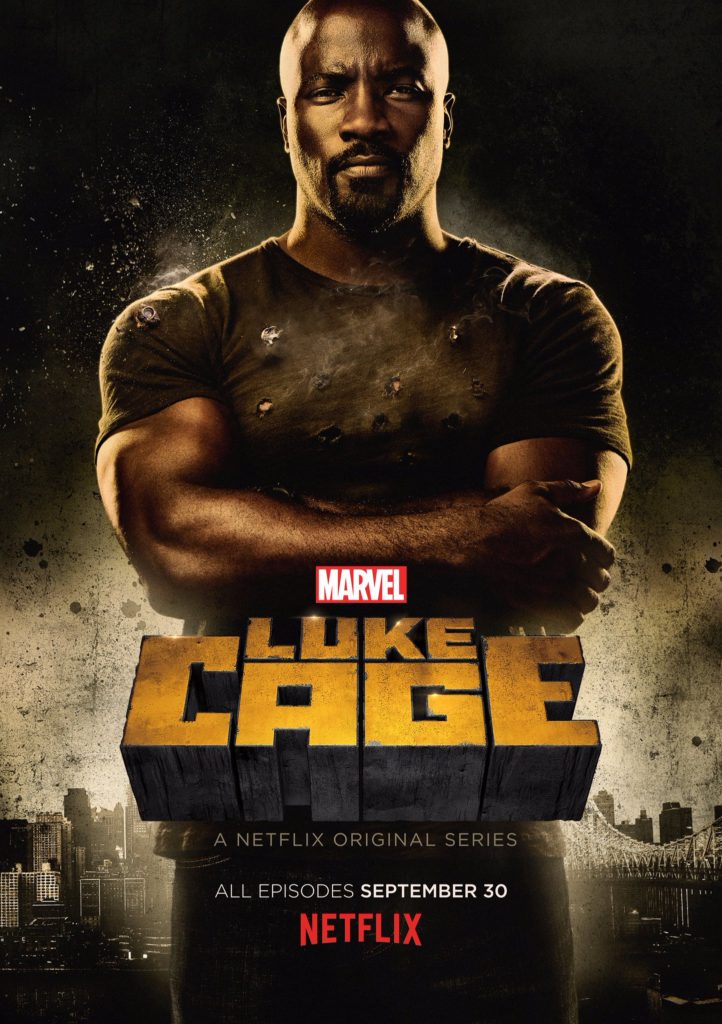 Cage *(played by Mike Colter) was introduced to Netflix viewers in Jessica Jones, in November 2015. The NYC-based character is a former convict with superhuman strength and unbreakable skin who fights crime.

The 13-episode Luke Cage series will debut on Netflix in full on September 30.

Jessica Jones renewed for a second Netflix season in January; another 13 episodes of the series which stars Krysten Ritter as a private detective with superhuman abilities.

A Netflix adaptation of Marvel’s Iron Fist will follow in 2017! Game of Thrones‘ Finn Jones is cast as the title character, a martial arts expert. All four characters – Daredevil, Jessica Jones, Luke Cage and Iron Fist – will then team up for a joint mini-series. Ka. Boom.