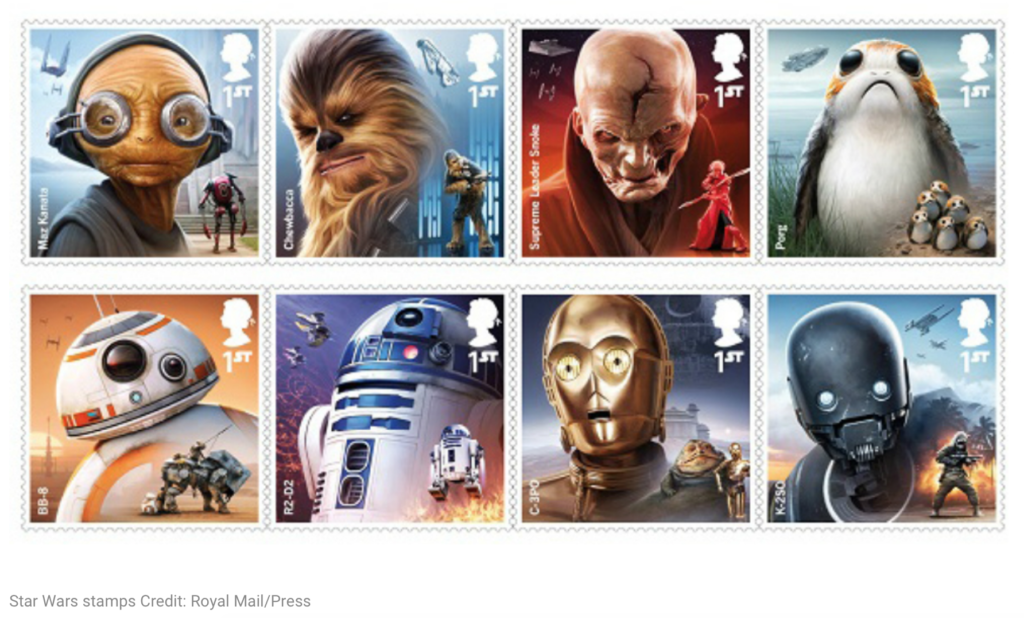 The new stamps has classic Star Wars characters such as Chewbacca, R2-D2, C3-PO and more!

The Last Jedi is in theatre on December 15. The stamps go on sale October 12.

The stamps are illustrated by Malcolm Tween of Digital Progression.

ICYMI – Mark Hamill recently revealed more details about Luke Skywalker’s role in the upcoming movie, “Luke changed, I think, more than the other characters in the original trilogy, from callow farm boy to a Jedi in training to finally a Jedi master.”