Slipknot percussionist M. Shawn “Clown” Crahan recently did an interview with Minnesota radio station 93X and talked about the progress of their next studio album!

“I believe that this album is… It’s God music, man. It’s the center of the beast for me. This is a whole other element.”

Crahan went on to say, “We as a band have been trying to facilitate certain ideas in recording and songwriting. Songwriting isn’t always just giving our fans ‘Psychosocial’s and ‘Surfacing’s — without saying it, sometimes we can write those songs in our sleep; it’s so in us. It’s what we don’t know and what we don’t know how to pull out is what is the love for humanity. I wanna make a difference. “I don’t do a lot of charity because I believe what I’m doing onstage is my charity. It’s bringing everyone together for a night. 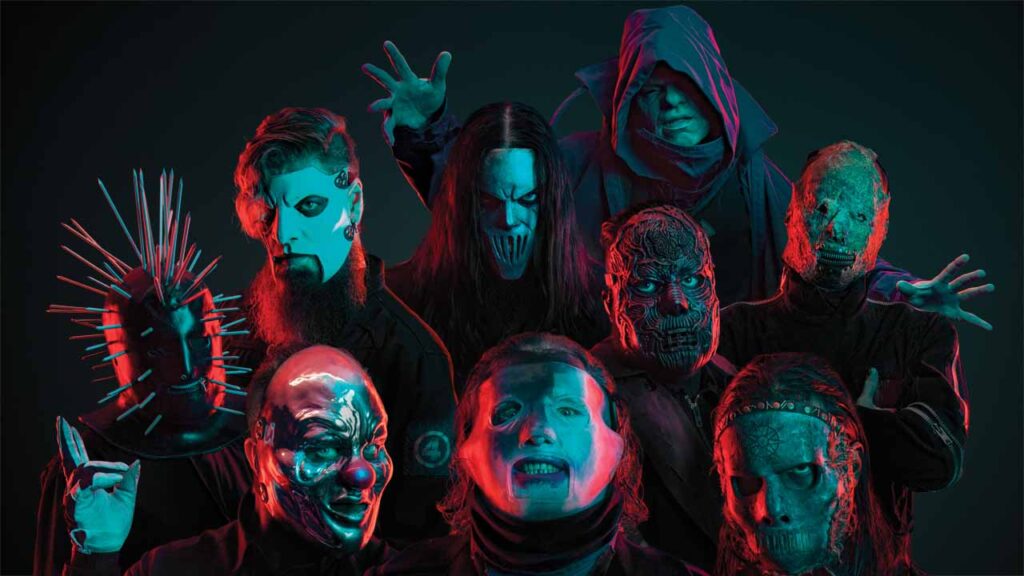 Crahan said they’re hoping to have the album out by year’s end, “But we still have a lot of time to complete this,” he said. “We’re hoping to be done by the end of July.”

“We Are Not Your Kind” debuted #1 on the Billboard 200. Do you think they can pull off another #1 debut?