Shinedown singer Brent Smith was recently a guest of New Jersey University radio station WSOU 89.5 and confirmed that the band is in a studio in Charleston, South Carolina working on the follow up to 2018’s “Attention Attention”!

Smith hinted at when you might be able to hear new music, “I can tell you right now the first single, you’re gonna hear it in the first month of 2022. And then hopefully a couple of months later, there’ll be a [full-length] record out.”

You may remember, last September we told you about Smith being interviewed on KLOS radio show “Whiplash” and talked about what to expect this time around, “We’ve kind of proven that we can make these very large records, these very cinematic, orchestrated records with this wall of sound. What we wanna try to do with this album is we do want to hone it back down to drums, bass, guitar and vocals and the best songs that we can write and the freshest songs we can write with the most tenacity and the most ferociousness that we can express. So I don’t think this time around we’re going to necessarily look at the handbook of, ‘Let’s layer this record like we’ve layered other records, and let’s keep adding to it so that it grows.'” 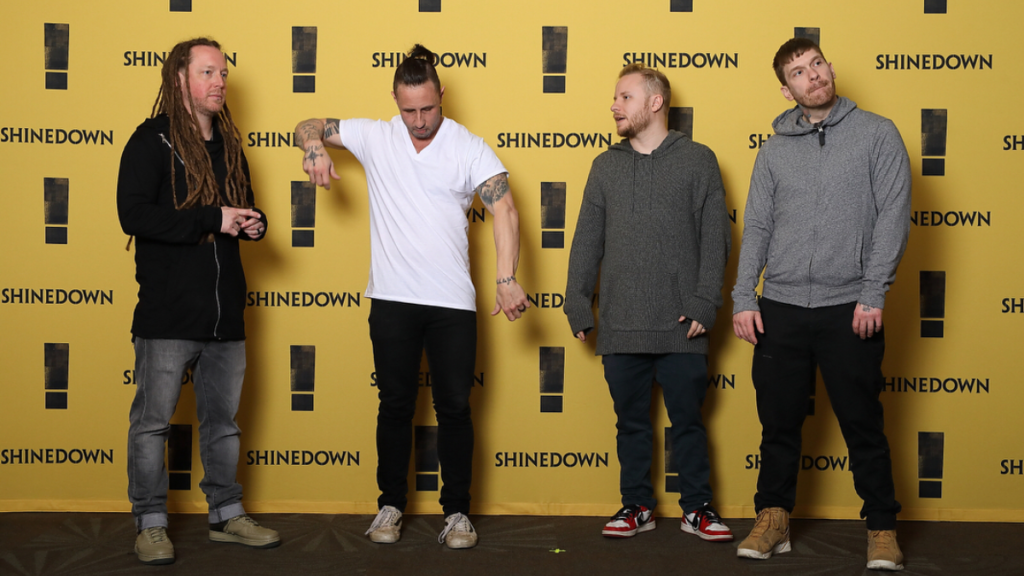 Shinedown’s film “Attention Attention”, all about their 2018 studio album of the same name, premieres this Friday, September 3. Watch the trailer here.

Which other bands do you hope are working on new music to release next year?