New Judas Priest Album Won’t Be Out Until 2024

Judas Priest singer Rob Halford was recetnly interviewed on Metal Express Radio and talked about the follow up to 2018’s “Firepower” album, “When you’re in a band, you’re always trying to better yourself; you’re always trying to say, ‘This is the best album we’ve ever made.’ It’s just a natural thing to do. And I’m aware of the great success and love that was given to ‘Firepower’. And so how do you deal with that? Well, firstly, you have to let that go. You have to let that go, because it’s like you’re chasing after something that’s elusive. What’s the point of trying to emulate something that you’ve already done? We’ve just gotta do like we’ve always done with Priest, the way that every album has its own concept, every album has its own thing.”

Halford talked about the recording sessions, “As I’ve been saying in these recent Zooms [interviews], they’re all waiting for me, because all the music is done. I’ve got the album here in front of me, on my laptop, and it sounds fucking amazing, which you expect every musician to say. But I’ve really gotta do my work now and make sure that what I do relates to the great work that the guys have done.”

He added, “So, it’s coming together. It’ll be ready when it’s ready. But we’re trying to stick on a timeline. We’re hoping to do this Ozzy [Osbourne] tour [of Europe in May]. Please, Ozzy, be well enough; I think he will be. Once we do the Ozzy tour, then we’re gonna really get into the back end of finishing the record and then probably being ready to release that. I’m saying now… I did say ’23. It looks like it’s ’24 — which isn’t that far away. It’s already almost February in 2023.” 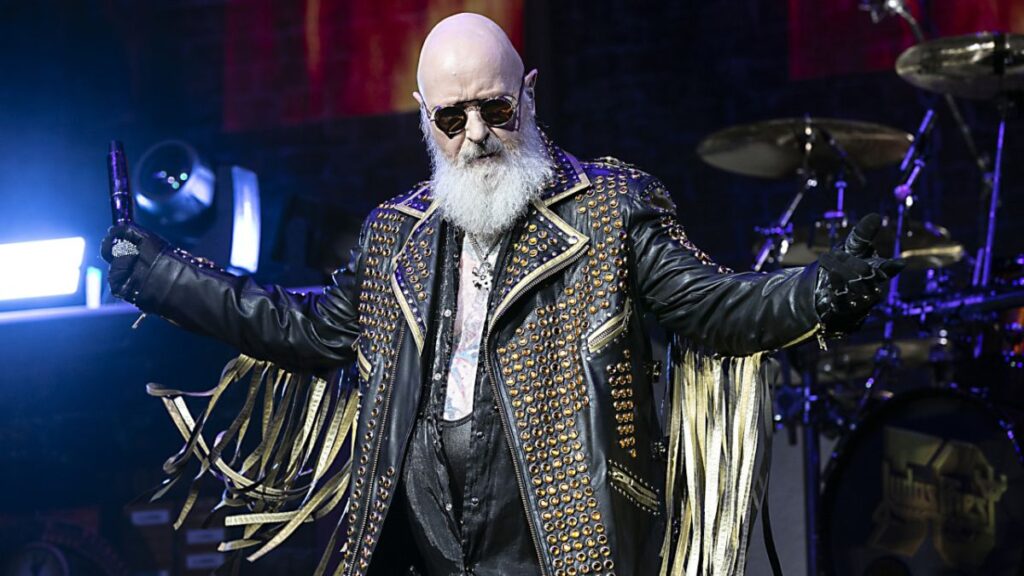 You may remember a couple years ago Halford confirmed that Priest’s next album would be produced by the same team that did the “Firepower” album; Andy Sneap, longtime collaborator Tom Allom and engineer Mike Exeter (Black Sabbath).