You gotta love social media. Deftones took to their instagram account to let us know that they’re releasing new music in 2019. Check out their post from December 1, ’18. 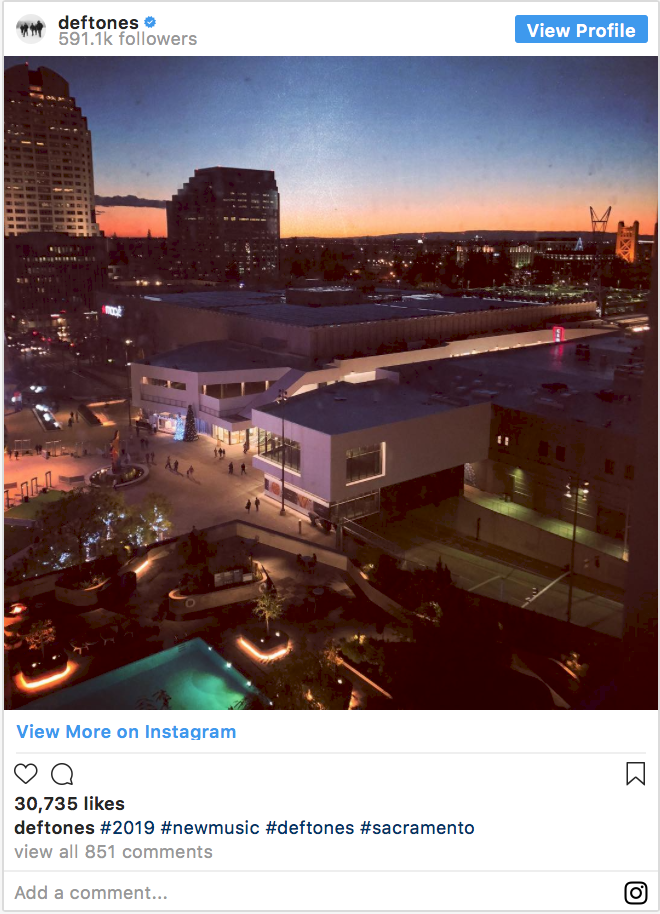 You might remember, in August ’18, Deftones posted a couple shots of guitarist Stephen Carpenter in the recording studio. If indeed they have been steadily working on a new album, last month they took a break to put on their own festival called ‘Dia De Los Deftones’.

It’s presumptuous to say they’re working on a new album, but you gotta think it’s that, right?